BonusParts A to Z: Alliteration

Welcome to the first post in my BonusParts A to Z theme year! Every 2 weeks or so, I’ll take a letter from the alphabet and choose a word or phrase that begins with that letter and write about what that word or phrase means to me and my writing. This being the first post, I’m starting with the letter A. 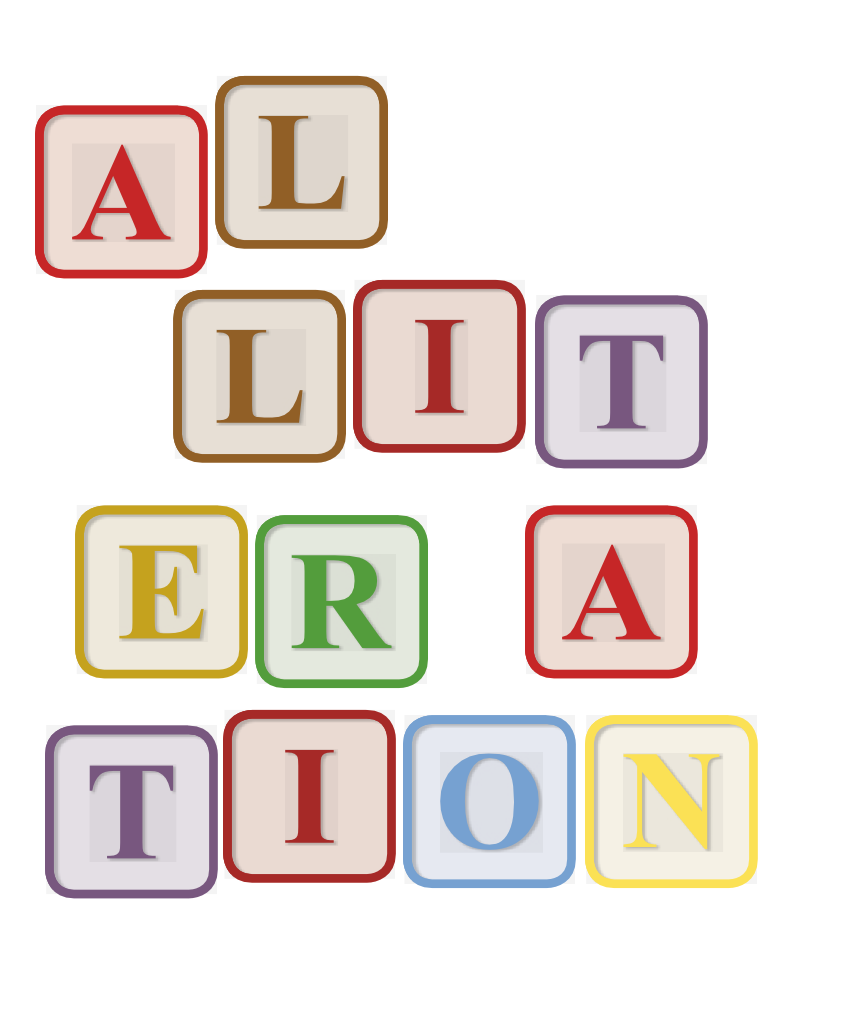 When I initially sat down to write this post, I thought I’d look at character names that start with A, since I have so many of them. Just off the top of my head, there’s Aksel, Alana, Amber, Anan, and Aral. But each one of those characters means something uniquely special to me, and I couldn’t put my finger down on just one to write about. So, I turned to my style. One technique I use a lot is Alliteration.

Alliteration, for anyone out of the know, is when the same sound occurs at the beginning of adjacent or closely connected words. Many tongue twisters employ alliteration, such as the popular Peter Piper picked a peck of pickled peppers. That repetitive hard P sound is alliterative.

People in the past have accused me of being a bit too in love with words. I don’t deny that. Words can create sadness or horror just as easily as they can beauty and joy. One reason I love stories is for their malleable structure. Of course, too much of anything is not necessarily a good thing. That said, every edit requires a concentrated effort to rein in the more whimsical flourishes that flitter off in my first drafts. Here’s one from my current work in progress….

He lay like a pale, dreaming doll, blindfolded, ball-gagged, and bound by long sashes of shimmering satin to the four corners of the bed. He was shirtless, and his trousers had been pulled open to the very last teeth of his zip. Crouched atop him was a petite woman who was mostly naked herself, save for a set of scarlet lingerie cut daringly from silk and lace. She turned at the interruption of their entrance, flame-red hair tumbling around her shoulders. While beautiful, she moved with a coordination that could more accurately be described as ruthlessness rather than grace.

That opening alliterative phrase – blindfolded, ball-gagged, and bound – came to me as many phrases do, as I was on the edge of wakefulness (a topic for another time). Using that basic phrase as a core, I built it out into a more complete description of the moment. I added more embellishments because they’re fun, and I ended up with the paragraph above.

When to use alliteration

Alliteration, like other stylistic devices, can be tricky to use. Too much, and it becomes messy and distracting. Not enough, though, and prose runs the risk of being boring. An editor or beta reader may read this and tell me to pull it back a bit. I myself might even go back in a later revision and decide that it goes too far. But for right now, I like it. And isn’t that what really matters?

How do you fashion phrases? Do you like alliteration? What would you tell me about the example paragraph above? Let me know in the comments section below!