A Surprise Turn, Paying It Forward, and a Special Contest

A few weeks ago, I got a lovely surprise. A person I don’t know shared that they’d read and enjoyed my novella, “Number Seven and the Life Left Behind.” That alone was a nice boost to my ego. Above and beyond that, though, they told me that they’d purchased an additional 10 copies of my book to sell at their store, and offered me an opportunity to do an author meet-and-greet there once this pandemic is over. I mean, wow! I never expected such support. Since that gave me a little windfall, I wanted to pay that good fortune forward.

Oddly enough, this gift coincided with a neat opportunity from author and editor Kate Johnston. One of the services Kate offers is 1-on-1 writing coaching, and she’s currently (through June 15, 2020) running a “Quarantine Critique Special” – a steal of $25 for 30 minutes of face-to-face Zoom (or voice-to-ear telephone) critique/coaching. This is a fantastic chance for writers to get specified feedback about their work.

Full disclosure: I didn’t hire Kate to go through “Number Seven…” for reasons of my own fear (more on that another time). But I have had her review other stories and snippets of mine, and every piece of feedback I received was insightful and inspiring. Kate is one of those rare editors who genuinely does her best to make YOUR work the best it can be. There is no ego involved, and she NEVER EVER talks down to you. She is a consummate, compassionate professional. She’s also a caring person I’m grateful to call my friend.

I reached out to Kate about her Quarantine Critique Special, and we came up with a short writing prompt contest. The gist: I’m sponsoring 3 free critique slots. Any writer can post a short (~250 words) response to 1 of 2 prompt suggestions, to Kate’s Instagram, Facebook Business Page, or Facebook group Team Writer. Find direct links and full instructions at Kate’s blog post here: 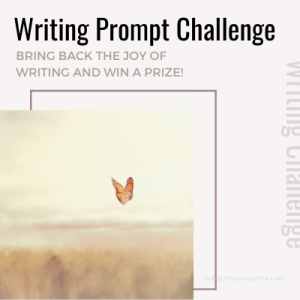 I’ll be tracking submissions, and Kate will be choosing 3 random winners next week, June 2, 2020. So check out the prompts, get writing, and send in your submissions to Kate before the Monday (June 1) deadline! The world needs more writers, and writers need people like Kate.

G is for Gently

This one’s more about a particular inspiration for my writing – Alan Hunter’s Inspector George Gently series of novels and the BBC television series based on those novels – than it is for my writing itself. But Gently led me to Hansom, which led me to my own Jim Darling, which I talk about here (and that you can read here).

As part of my current review of the book series in order, I’ve also got a growing list of reviews of those books, which you can read on my Goodreads page.

Have there been any specific novels or programs that have inspired you to write your own original characters?

F is for Fanfiction

A topic near and dear to my heart: fanfiction! I’ve talked about it before. Here’s me talking about it some more.

What are your feelings on fanfiction? Do you write it? If you’re an original fiction writer, how would you feel if someone else wrote fanfiction of your characters or world? Let me know in the comments!

E is for Expectations

My expectations when I start writing. What are yours?

A bit of introduction

Part of my job is testing and keeping current our livestreaming software. We use Wirecast as our preferred option. To that end, I’ve been doing weekly tests of the software. This week, since I’m currently sheltering in place due to 2020 Spring COVID-19 mitigation efforts, and since I’ve fallen woefully behind on my BonusParts A to Z project, I thought I’d combine the two efforts into one. So, here is my BonusParts A to Z post for the letter “D” – in video form!

D is for … Diversity

If you enjoyed the video, and you’d like to see me make more of them using this format, let me know in the comments! I’ve got to do the testing anyway….

I hope you’re all staying safe, healthy, and sane, wherever (and whenever) you read this. <3

I took a poll a few weeks ago about what this “C” post should be about. Since I didn’t give the option of Cookie, Character won out. (The other available options – Cursive and Color – I’ll touch on in other posts, since there were a few folks who showed interest in those.) But for now….

C is for Character

There are already a lot of books and articles out there focused on how to write great Characters, and it’s not my place to tell anyone else how to write their characters. Instead, I’ll tell you about how I write mine.

Every one of my stories starts with a main character, and the main character’s conflict. This initial conflict can be very simple, like a young woman finding out she’s falling in love with her teenage rival, or quite complicated, such as a special forces bodyguard trying to help his assignment-turned-friend escape the government conspiracy rising up around them. From that conflict, a personality starts to emerge. Oftentimes, it takes the shape of a voice, a face, and a manner.

My characters have very distinct voices in my head. Some voices come in accents, such as Seven’s clipped Ukrainian enunciation. That character’s particularly precise way of speaking, without contractions, created a picture of a big man with a straight posture who walks and moves with an efficiency of effort. That became his manner and his form. The third basic part of Seven’s creation was his face. He had to be a good-looking man but also scarred by his past. I made that scar physical and on full display on his face, in contrast to its secrecy.

With those three basic building blocks in place, Seven was free to grow as I experimented with dialogue, situations, and relationships.

Telling Their Own Story

No character exists in a vacuum. Story beats and other characters, both major and minor, have an effect on them. As my characters’ voices become clearer and more distinct from each other in my head and on paper, they start to become more fully-realized people. And, I do think of most of my characters as people. They have lives before I pick them up, and they have lives that continue after I let them go. (The ones I don’t kill do, anyway.)

I’m a firm believer in letting characters run as free as they can. Of course, a story has to follow a plot, and a writer can’t let a plot get away from them. But there have definitely been times when a character’s voice has been so powerful that I’ve had to change the story to suit them. For example, in my Persona 4 story 1 More Chance!, Yukiko was originally going to marry Kou, as laid out at the start of the story. But as I began to write more of Yukiko, her own voice usurped my previously-laid plans, and she revolted against those plans. That led to a completely unexpected fourth arc of the story that I personally think works better than my original outline.

What Did We Learn?

My characters rarely start out as traditional archetypes. They may become that – or come closer to that – over their time in my stories, but I prefer to create not from a distinctive mold but from an amorphous and changeable possibility. To me, that’s what makes these characters people.

But what about you? How do you create your characters? Let me know in the comments or on social media!