Julia’s prompt this week (week 73) is “…the notes from the piano…“ Since we are to incorporate said phrase, we’re allowed to go to 105 words instead of the standard 100.
Lillie’s prompt this week is FORGOTTEN, and we’re to construct a story around that theme, in five sentences. We don’t have to use the prompt word itself.
The Daily Post’s prompt this week is Starting Over. There are no constraints on word or sentence count.

Let’s recap: 105 words, five sentences, with themes FORGOTTEN and Starting Over, and including the phrase “…the notes from the piano….”

This is my first time trying to pull together three different prompts around one idea, but I think I did pretty all right….

Dance, he’d said, as if she could do; her dumb legs could barely remember how to stand, but for the clanking metal of her Zimmer frame! He’d never let her sit back, though: from grabbing her first wave, to making her step up from her chair.

Tugging her up, he muttered, “Forget ’em,” and, using his hips and shoulders, he took the place of her Zimmer and helped her lurch, inch by staggering inch, from sofa to open floor.

She cursed such slowness…but, in his arms, as the notes from the piano reached her, they began to sway, and she forgot. 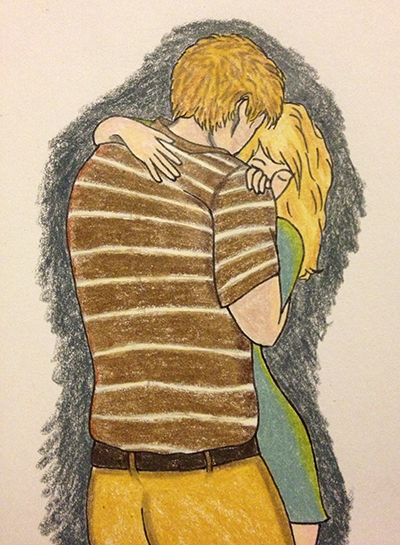 (Yes, I know, I forgot pockets. Just as in real life, though, I got distracted by the bum.)

This vignette derives from an early (scrapped) draft of a scene from Fearless, so the characters and conflict are likely familiar to my beta readers. However, the original scene read as too schmaltzy for that particular part of the story (and, you may think it does so, here, as well), but I’d still rather liked it, at its core.

People say you should never completely scrap what you write, because you never know when it may come in handy. I had to do a fair amount of tweaking, but this stands as one of those lucky moments when I got to go back to something I wished I’d been able to keep in the story proper.

Did you play with any of these prompts this week? What happened with the notes of the piano? What was FORGOTTEN? How did your characters Start Over? Let me know!

100WCGU: By Leaps and Bounds

Week 72 for Julia’s 100-Word Challenge for Grown-Ups is a phrase prompt:
…you said you’d do WHAT?….
We have to incorporate the phrase above, but that means we get to use 105 words, rather than just 100.

My entry is actually a discarded holiday story, so I hope you won’t mind me going back in time a bit….

By Leaps and Bounds

“But, you know the routine. And we need a male dancer-”

“So, it’s not your preferred sport.”

“It’s not a sport at all! Sports are about athletes, and competition, not…glittered faeries jumpin’ about in tutus-”

“You wouldn’t wear a tutu-”

“He can’t even land a proper sissonne-!” 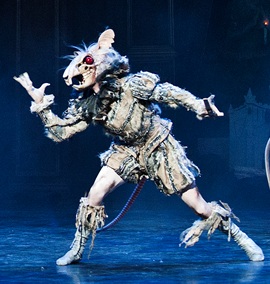 My sister and I used to have a tradition of writing holiday stories, which we’d then trade on Christmas morning to read. This was an inexpensive and fun treat (especially before we had jobs and thus money to spend), and it kept us busy so we weren’t clamoring around the tree at 5am. As growing girls tend to do, though, we fell out of this tradition long ago.

I still think about those holiday stories. With perhaps one exception, they weren’t very good (mine weren’t, anyway), but it was a special kind of joy to know someone was eagerly awaiting the words I’d written. I think that’s why I take part in these challenges: to give a little brightness to at least one person’s day.

WHAT did your characters do, this week?

To catch you up, Julia’s 100-Word Challenge for Grown-Ups gives writers a phrase or picture prompt, and we have 100 words (give or take; see the link for details) to write a story around it. Lillie’s Five-Sentence Fiction gives a one-word prompt, and we’re to write a flash fiction piece, consisting of only five sentences, that corresponds to said prompt.

I didn’t think I’d be able to participate at all this time around, as my schedule has been so hectic…but the pieces just fell together right, for me. (Maybe you disagree.) 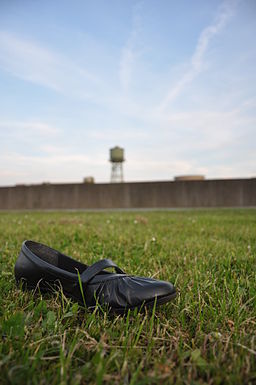 The bar turned slick beneath her hands, and her arms quivered all the way to her shoulders as her foot slid over the mat. It wasn’t from any thought or impulse, though, but mere weight, and that more than any pain or effort made the tears well.

Graceful, darling dancer: she’d never be that again, not if simply returning to the routine of standing on her dumb, labouring legs was this hard.

Spitting a plea for rest (and hating herself for it), she transferred to the chair, feeling weak, broken, hopeless.

Until she thought of him, and his smile, and pushed herself up again.

Julia’s prompt is a bit easier to recognize, here, than Lillie’s is, but hopefully you can see how I related this to both.

What awkwardness – or return to routine – did you describe, this time around?