Sometimes, we write little moments and interactions that we love…but they serve no extra purpose to the overall story. For me, this represents one of those moments:

Ross snorted and laughed in the same breath, at once recalling that afternoon on the beach when he’d been just shy of twenty-one, freshly returned from Torpoint and eager to be a civilian again, free to ride the waves, with Neville sitting beside him in the sand. And how Neville had started to have The Talk with him, only to be interrupted by Ross’s pointed and unconcerned recognition of the reason behind his friend’s mumbling and hawing:

“Are you trying to tell me that you’re gay?” Ross had asked, with some impatience.

Neville had stared at him for a long pause of time, his expression unreadable. Then he’d murmured, quite quietly: “…Yeah.”

Ross had considered that for a moment, then asked: “Do you fancy me?”

“Well, then, no worries, mate,” Ross had told him then, hitting him in the shoulder with the back of his hand before forcing himself to his feet. “Now, come on; I want to catch some waves before supper.”

And that had been the end of the discussion, so far as Ross had been concerned. Neville was simply Neville; and if his friend being gay meant that Ross didn’t have to compete with him (handsome, stylish, good-guy Neville) for the attentions of any pretty girls in the village, all the better.

So the very thought that their friendship could be about anything more than the mutual platonic interests in their surfing or the shop made Ross laugh again. 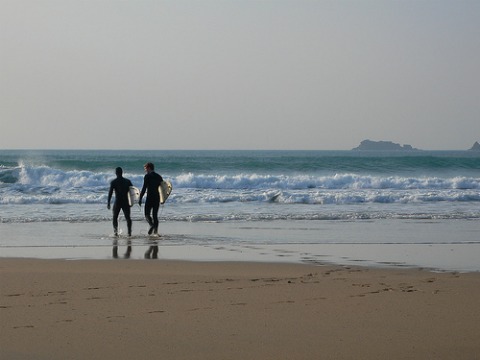 I really like the flashback exchange that happens between Ross and Neville, but it’s unnecessary explanation. By the time this flashback occurs, the reader should already know that Ross and Neville are good friends, and each one’s sexual preference has no bearing on that friendship.

Readers are free to read into text what they want, of course, and Ross’s perspective might even be different from Neville’s. But to take valuable reader time to make that explanation seemed like a lot of extra words, no matter how much I enjoyed the flow of them.

Have you ever edited out a scene or conversation that you really liked? Did you agree with that decision? Or, did you regret it?