For many moons, I railed against the first-person point of view. That might have been influenced by Beverly Cleary, who used it to great effect in the children’s books that filled my youth. I associated first-person narrative with books directed at kids … and Victorian gothic tales, which are in many ways similar to children’s literature. (Don’t @ me. I specialized in Victorian Lit at university and I won’t be swayed in my opinion that those books are basically great, sweeping, gory morality tales. And I love them for that.)

When it came to what we’ll call popular modern adult fiction, though, my experiences with first-person POV were disappointing. What I read of it felt “shove-y”, like a teenager in desperate want of attention. Characters who wouldn’t shut up in their own heads, telling me what they were feeling all the damn time. In my own attention-grabbing behavior, I ended up throwing more than one book across the room because of it.

Around 2010, I became interested in detective stories. I’d always enjoyed police procedurals, and I’ve always wanted to write a detective story. The problem is, I’m not smart enough to come up with a crime to baffle a detective who’s reasonably good at their job. So, I started watching – and reading – the books on which some of my favorite TV detectives were based. At the time, that was Longmire and Inspector George Gently.

Craig Johnston (Longmire) and Alan Hunter (Inspector George Gently) are wonderful writers. It’s no wonder A&E (later Netflix) and BBC picked up their stories for televised popularization. Their writing is lively, witty, and, at its best, capable of lifting the reader out of their own self and into the lives of the characters on the page. And many of Hunter’s and all of Johnston’s stories are written in first-person! Due to my enjoyment of those series, I actively sought out other detective stories in the same vein. That’s when I discovered perhaps the greatest first-person crime novels of all time: Ross Macdonald and his weary but dogged private detective, Lew Archer.

It didn’t hurt that Lew was played onscreen in 2 films by the greatest actor of all time, Mr Paul Newman.

My life as a reader and as a writer has not been the same since.

Macdonald’s prose practically sings off the page into my head with every line. I’ve caught myself laughing aloud to Archer’s snappy repartee. Lew feels like a real man with real desires, hang-ups, and ambitions fulfilled and lost. The stories make me love being a reader, being able to enjoy a master – undisputed in my mind – working their craft. As a writer, the books inspire me to examine what I put down on my own pages, to write with clarity and purpose but never by sacrificing honesty and genuineness in the characters. I’ve found myself going back and re-reading all of the Lew Archer books multiple times, not just for the enjoyment factor but because each reading offers me new insight into craft, skill, and the characteristics of the first-person perspective.

When I read Ross Macdonald, I want to write as well as Ross Macdonald did. That’s not going to happen, but it’s a worthy goal. And every time I pick up my pen or open my laptop, I take that challenge to heart and try to put my best work forward. I’m even thinking of giving my own first-person noir a try.

What’s your take on first-person POV? Do you have a story that changed your mind one way or another? Let me know! 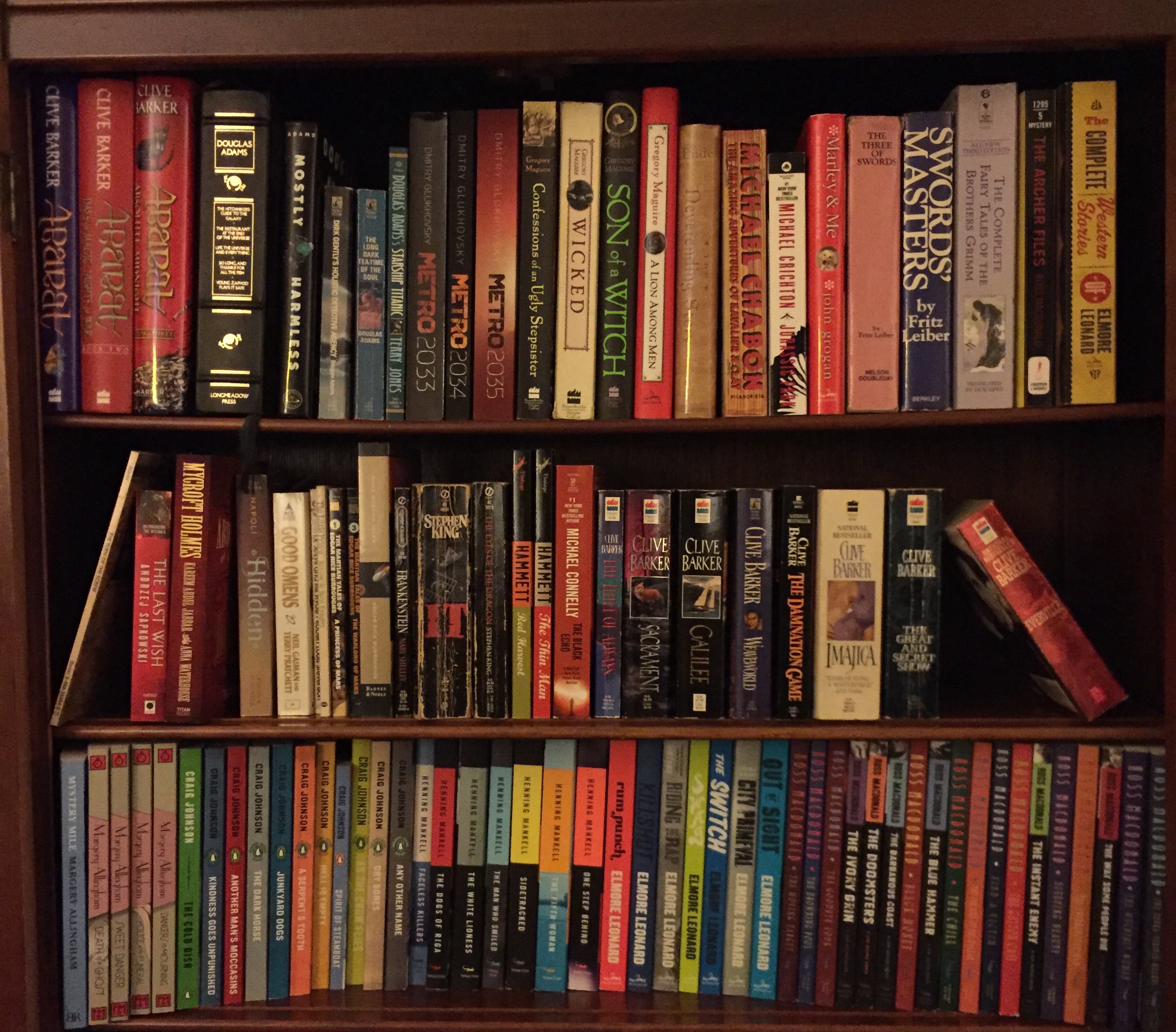