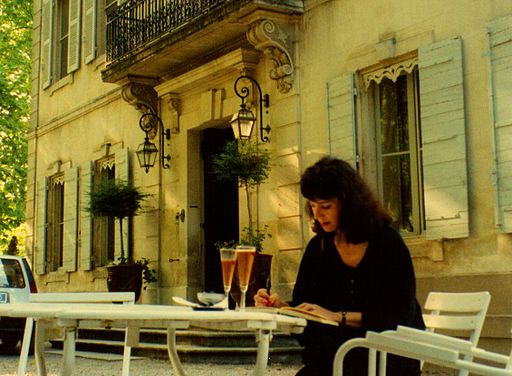 I’m currently finishing up my 2014 NaNoWriMo story, but, yesterday, I got a flash idea for a short Valentine’s Day free-write. As most of my free-writes tend to be, this one takes place in my “Finding Mister Wright” universe, with its familiar cast of characters. Like “Tuxedos and Sugar Plum Fairies” and “Namesake,” this short story takes a step back from the cast’s present day. Unlike any of the previous FMW pieces, though, this one looks at life from Daniel’s perspective.

I’ve written for Daniel in his other incarnations before, but I’ve never written specifically for him, here, in this body, personality, and time. I don’t know if it was entirely successful a departure from the other characters in the FMW universe, but his conflict was certainly interesting to examine. Also, I had way too much fun writing this story.

Valentine’s Day is about love. Not necessarily romantic love, though we often translate it that way for our purposes. Whether you’re dancing the night away with your partner or enjoying a stay-at-home dinner-and-a-movie night – or wherever you are in the world, and whomever you’re with – I hope your adventures are filled with the same love I’ve tried to share with these words.

The Other Man [and another “Finding Mister Wright” Free-Write: “Romance in the Dark”]

My main writing project at the moment has a fair amount of deep-and-dark in it, and when I fear I’m becoming a bit too mired in that sort of thing, I need to take a step back with something a bit more light and flighty. Lately, that’s been the cast of misfit characters from “Finding Mister Wright,” my short story/novella from this past winter holiday break.

I usually write for Marshall’s life when I take up these characters again, but, this time, it was Rob who commandeered my brain. What’s funny is that the original story idea I had for these characters centered around Rob, Paige, and Daniel. In my earliest notes, Marshall barely played a role beyond counterpoint to Daniel. Of course, that changed when I finally started putting voices together in my head, and I found Marshall had a (rather significant) story all his own. The relationship story between Rob and his own family took a backseat to that of the Wright brothers, and Marshall and his loves in particular. But, Rob’s story has remained important, at least to me. He’s just as complicated as Marshall proved to be, but in a way that’s somehow more relaxed.

After my husband read “FMW,” he made the comment that he thought all the characters worked for their own reasons, but Rob was his favorite. “At first,” he told me, “you think he’s just one thing. Then, you learn a little more, and he becomes more than that. And then, there’s [a conversation], and you realize, oh, this guy really has three dimensions to him.” While it might have offered me a greater ego boost to hear my main protagonist was my husband’s favorite character, a part of me was really happy that Rob’s original story shone through in his few scenes, to the point where he made an impression on a reader.

A moment of weakness led to this six-pager (it clocks in at around 2,900 words), which I wrote over three commuter train rides and a lunch hour. It’s rough and a bit scattered, but that’s one of the reasons I find free writing so…well, free. No worries over themes, scope, flow, or any of the important parts of a mature work. It’s just my fingers translating for my brain.

“Romance-in-the-Dark” (PDF, 314KB)
I hate to have to offer a warning about this, but be aware: the principal romantic relationship depicted in this particular free-write is about two men. There’s nothing explicit herein, but if you’re uncomfortable with the idea, just skip it and watch the lovely lady in the video below, instead.

The whole thing – Rob’s story, the original idea for “Finding Mister Wright,” as well as this free-write – is heavily inspired by the lovely and awesomely talented Catherine Russell’s rendition of Lil Greene’s jazz standard, “Romance in the Dark,” which you can listen to and watch below. It’s a mainstay in my FMW writing playlist, and I usually hit repeat at least once when it comes up in rotation.

Before we get to Ms. Russell, here’s my question for this week: Have you ever had a minor character hijack a story for his or her own? If so, how did the story turn out?