Perhaps that title is a bit misleading….

I recently started preliminary planning for a documentary project, and, as I did, I got to thinking about why I like to do what I like to do when it comes to video production. I’ve spent a good portion of my professional (job) life working with video, and much of that has to do with production. But, while I once fancied myself an actor, I’ve come to enjoy being behind the scenes more than being in front of a camera. Video production involves many steps, and many skills, but the one which I favor most doesn’t happen in production, at all. It happens in post-production: editing. 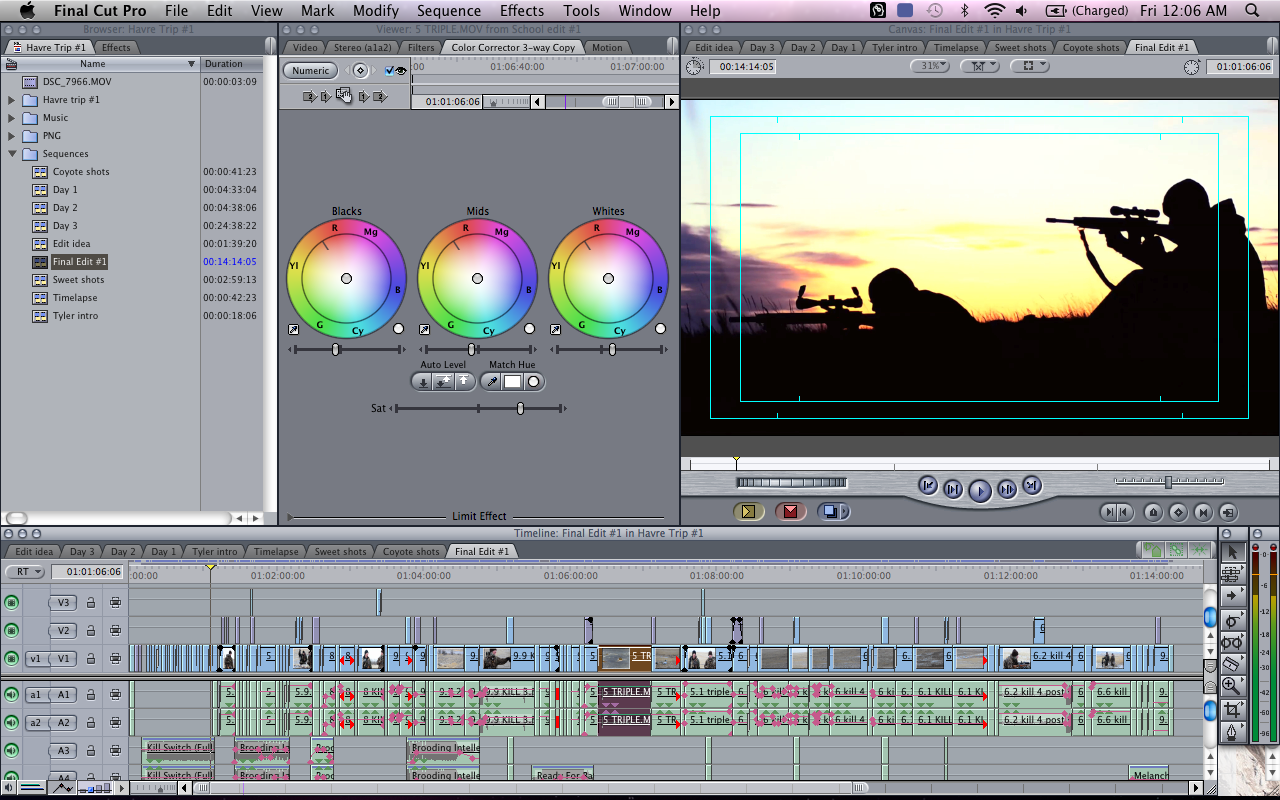 This is kind of my life.

I’ve edited lots of projects in my time: some small, some not. What I think I love most about that process, though, is that I get to be the one telling the story.

If you think about it, the editor has final input into how the story – especially one in video – plays out. We control the angles, the cuts, the music – all of the details, conscious and subliminal. And that controls how the audience views the characters, the conflict, and the outcome. A simple focus frame on a character’s face (whether they’re speaking or not) can give completely different meaning to a scene. That guy doing the intro for “The Outer Limits” was not kidding; we (editors, that is) control everything.

It’s the same in writing, too, I think. The editor – whether that’s you doing your first edit or your professional editor doing the final one – controls what the reader sees, how they view the story. The editor doesn’t actively write any of the words of the story, though. Not in my experience, anyway. They help tell the story without writing the words, guiding the writer’s hand and vision with cuts, suggestions, and insight.

We video editors do the same thing. We’re given rough footage, where plot, point, characterization can go one of any number of ways. And, when we’re finished, assuming we’ve done our job right and well, the audience gets a story. Hopefully a good one. But marked by our hands, no matter that.

I’m excited to work with an editor for my first real novel. I’m scared, too; I’ve never put such a huge work – such a gigantic chunk of myself – out there for someone else to tear down. But I want to build a better story than I could do alone. I just hope I get an editor who’s as careful and conscientious as I try to be.

Have you worked with a professional editor before? Was it a good fit, or a not-so-good one? What did you learn from that process?