Sports Day in Japan (or, watch kids go crazy on a field)

Every year, Japan celebrates undoukai (運動会). It’s a holiday that celebrates sports and health awareness, and it usually involves children competing in very simple intramural events. While we were in Kyoto this past October, we were lucky enough to attend Ave Maria School’s undoukai. Friends and families cheer on the competing students, and it’s a great lot of fun to watch these young athletes excel…or, at least, yell their little lungs out with excitement.

You can learn the straight facts about undoukai from Wikipedia, so I thought I’d share our personal experiences.

Saturday, October 10, 2014, we set off from our house in Otani to Ave Maria School in Yamashina. Ave Maria School is a kindergarten/primary school, with three sets of class ages: 2, 4, and 6. My nephews* are in the 4-year-old class. 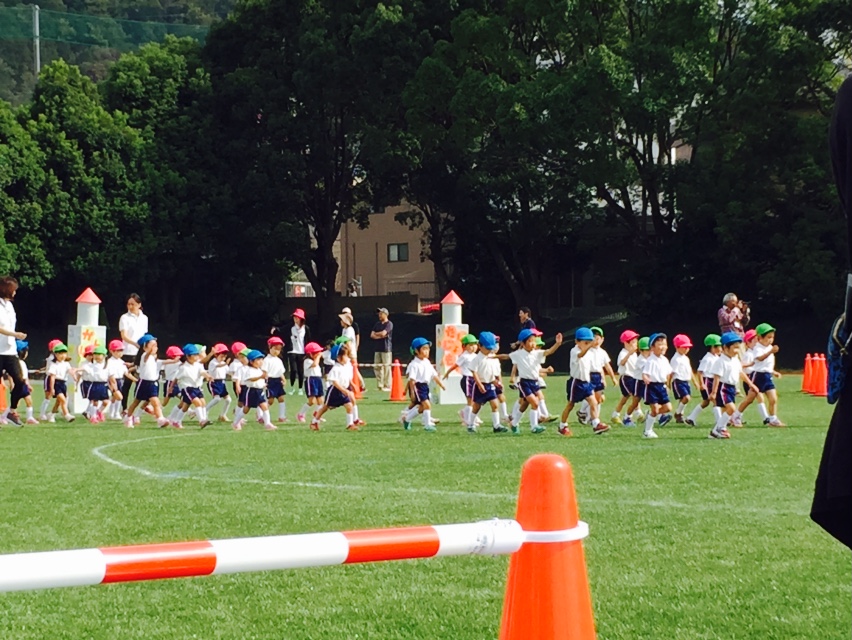 Taking the field at Ave Maria

Those kids love to march while swinging their arms.

There’s a cardboard rocket tower in the back, with the word “がんばって (ganbatte)” written on it. “Ganbatte” means, very basically, “Do your best,” and we heard a lot of it that day. Especially during all of the fun little contests, like this ball-to-basket toss.

For these little ones, the contests weren’t all that complicated. Most of them were some variation on a race. It didn’t matter, though. Watching kids run across a field is pretty much comedy gold any time.

While the students were very excited to compete, they also stayed pretty orderly. You know, for 4-year-olds. 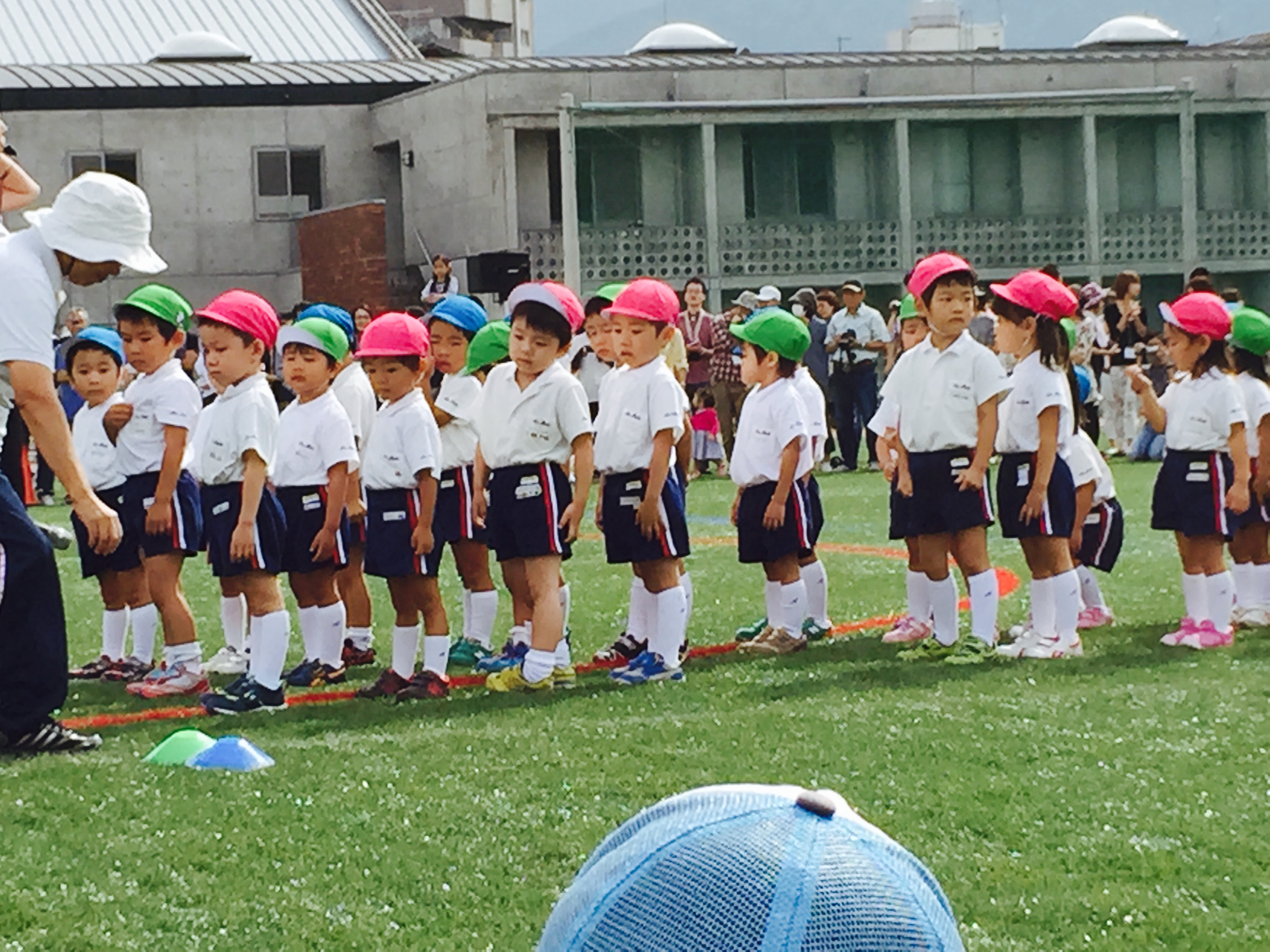 The colored caps were used to keep the different “teams” straight…as well as to help families and friends keep track of where our particular kids were at any given time.

Undoukai is just as much a celebration of school pride. Here’s the 6-year-old class marching band performing semafore.

They’re not Army-Navy game caliber, but pretty good for 6-year-olds. Am I right?

My nephews had a great time participating in their first undoukai (this is the first year they’re enrolled in a formal school). They did well in the giant ball race – they’re twins, so they got to be together for that one – and their obstacle course races. At the end of the day, everybody gets a celebratory lift from their parents! 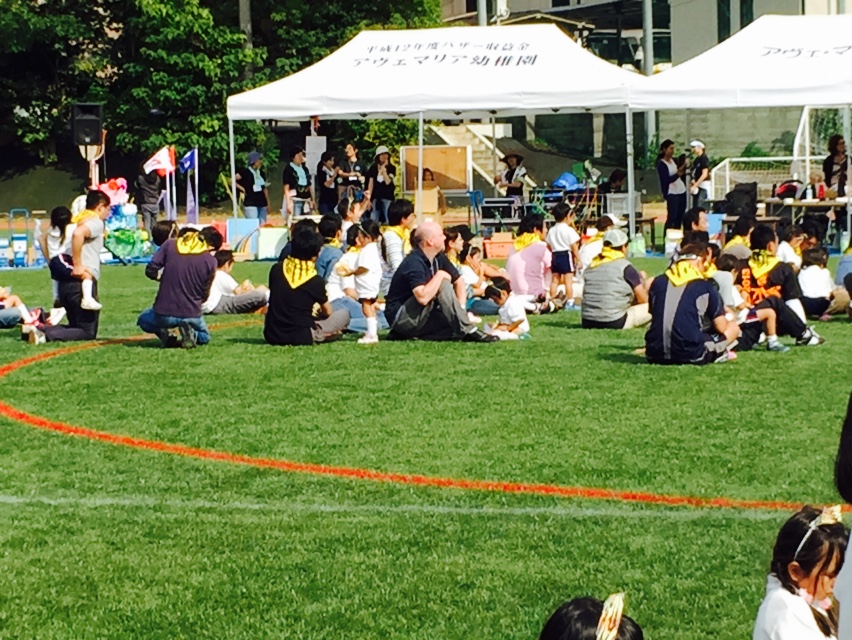 Parents resting their backs until the kids arrive.

I’m so glad we got to experience undoukai with family while we were there, especially since we were only in Japan for two weeks. It was a great time!

I almost forgot! We also had scrumptious obento (lunch box) made by my cousin that day. You’ve got to keep your body well-fed if you want to compete at the top of your game, after all! 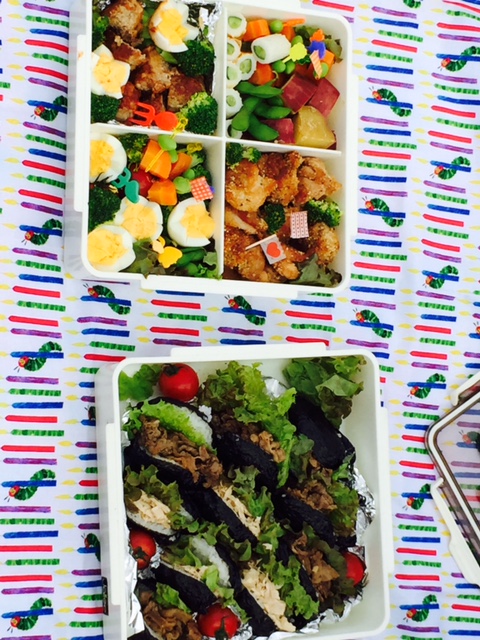 How do you celebrate sports and wellness in your family?

* I call them my nephews, but, actually, they’re my cousin’s boys. It’s just easier for me to refer to them as “nephews” instead of “second-cousins.”