When Artyom escaped from the Metro tunnels under irradiated Moscow, he thought he’d left the war, the mutants, and the horrors of the Metro’s fractured societies behind. But the dead don’t give up so easily.

The story behind the story:

In early 2017, a bundle sale of “Metro 2033: Redux” rekindled my interest in the “Metro 2033” games. I vaguely remembered them being based on a larger story. So I poked around the Internet about it, and I discovered the game was based on not just one book, but three books, all written by Dmitry Glukhovsky. I ordered and devoured all three books in the space of about 5 weeks. Even after I’d finished the books, my imagination was hungry for more. I read a few fanfiction stories, but very few of them followed the books, and none of those stories took the characters where I wanted to see them go. Of course, that meant I had to put my own version to paper.

“Brotherhood of the Dead” came to me in a dream of dark tunnels and monstrous shapes, and a young couple bound to each other yet struggling to connect. I wrote it in a little less than a month, during the early summer of 2017. It’s full of a different imagery and emotion than I’ve used before, as I tried to match Glukhovsky’s original style. Still, it commandeered my brain and my keyboard until I could get the whole thing down.

Here it is, for you to click on. Or not. Very few people read this story when I posted it at Archive Of Our Own and Fanfiction.Net. Fewer still are likely to read it here. But that’s okay. I enjoyed finding my!Artyom’s voice, and doing the research around the Metro stations underneath (modern-day) Moscow, old Russian folk tales, Eurasian geography, and subterranean hydroponics. And, isn’t the joy of it what truly matters? 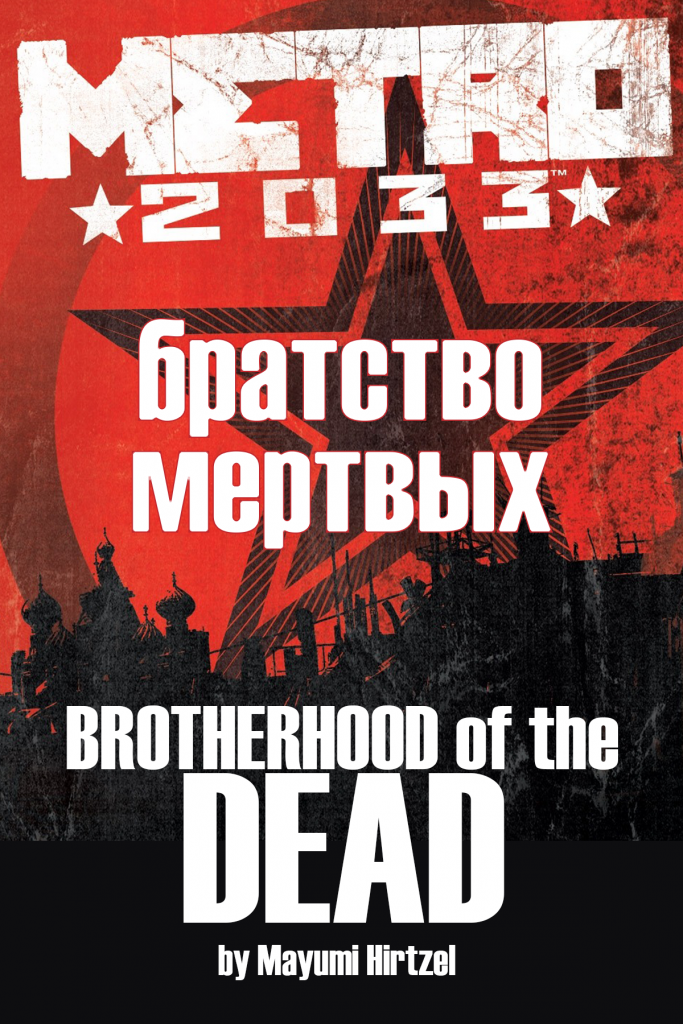