No deep thoughts this week. I’m working hard on the ending of my sci-fi western, so I’ll offer this recent conversation with Twitter buddy George McNeese: 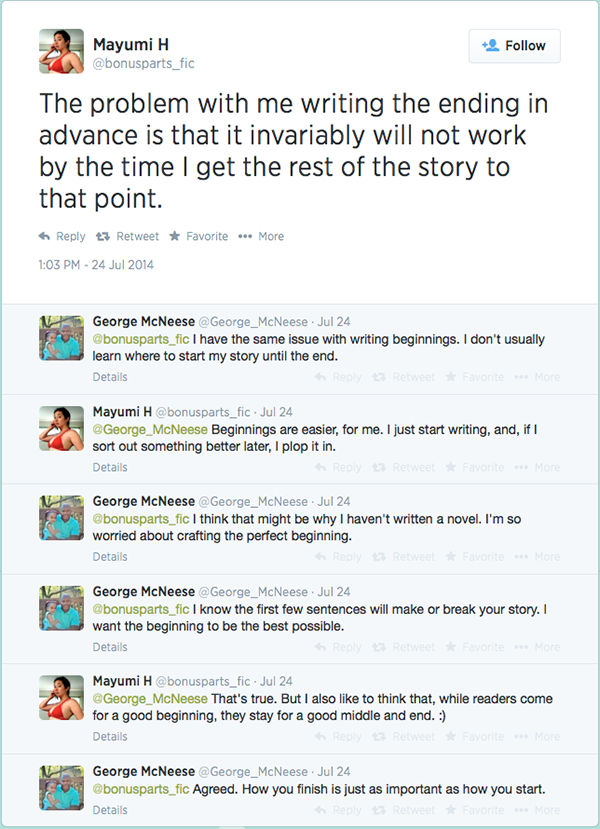 I write sequentially, which I enjoy doing because the story feels like it has more natural rises and dips that way. It also pre-empts issues like my current one, where the ending I wrote a year ago – the initial impetus for the story entire – doesn’t fit with the story that’s been built to come before it. It’s not the worst place to be, of course: the characters have grown a lot from that initial writing, too far into themselves to make that ending work. I think that’s a good thing. But it also means creating an almost entirely new ending moment that has the same emotional resonance as the one I first wrote 400 days or so ago.

A story needs to be strong on all counts: beginning, middle, and end. Finding that right (write?) balance for us is the tricky bit. What’s your favorite part of the story to write?