Usually, I reserve my Saturday post space for discussion of the process of writing. But, this week, I had to try my hand at Lillie McFerrin’s Five Sentence Fiction, since I saw the prompt was NIGHT (2012 August 16).

Five sentences is a tricky target to tell a story. It would be relatively easy for me to craft a piece that just used semicolons anywhere there could be a period…but that’s not really how the semicolon should work. (“Don’t think of a semicolon as a strong comma,” says editor Theresa Stevens. “Think of it as a weak period.”) Thus, I wanted to use the semicolon sparingly, yet still create something fresh, and still hold to the rule of five sentences.

This one is quite flirty, though I should think not quite NSFW-worthy. As always, though, I leave you to be the judge.

He’d never been propositioned in a club before (he’d never been in a club before), but the reward for such daring…! She was as he’d never known: wild, wanton, full of eager lust; the kisses started the minute they’d left the pounding, primal rhythms behind, only to be reprised -more rhythmic, more primal- not long after, in their sparse Whitechapel hotel room.

The bells tolled three before she was finally satisfied, and, while exhausting, it was wonderful.

With morning, propriety returned, as he’d known it must. But, he’d always remember playing strangers in the night, with his bold, brilliant wife. 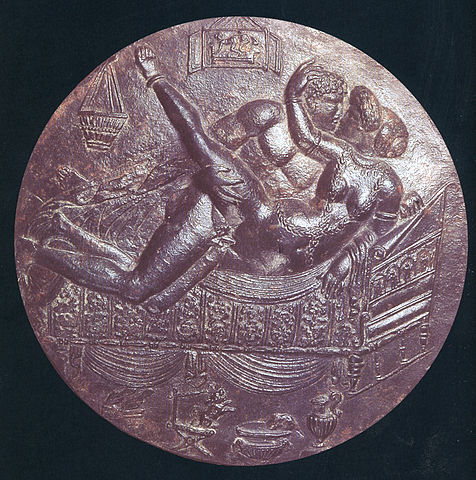 Ars Erotica. One of my favorites of the bunch.

So, to sort of stay on topic, what are your feelings on the use of semicolons in prose?