Before I’d even really started plotting or researching Fearless, I’d had this confrontation scene in mind. I think it’s one of the reasons why I’ve always been able to see the relationship between Ross and Neville so clearly. You may (or may not) agree. 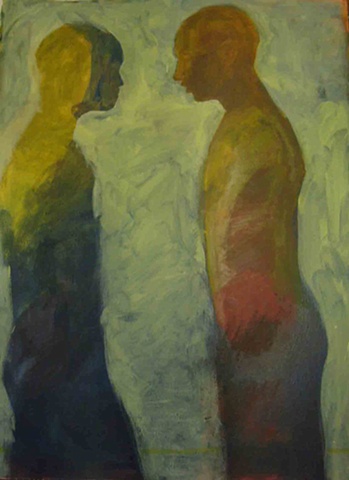 A familiar itch niggled at the back of Ross’s neck. But he didn’t say anything, so Neville straightened up and dropped his hand to his side, and filled the sudden gap with:

“I stood by you, through all that Susanna shit you insisted on putting yourself through, even though I knew – I knew! – it would end badly. But I kept my gob shut because, despite every stupid, self-centered thing you have ever done, you are my friend. And because I held out some foolish hope that, just maybe, you would be clever enough to sort out on your own that Susanna Braden didn’t see you as anything more than a pretty face attached to a pretty cock she could use to pass the time between posh society luncheons and holidays with her husband.”

Ross glowered at this scathing recapitulation of events he knew far too well, and took no joy in reliving. “Thanks for that,” he rumbled.

“Shut it,” Neville snapped. “I haven’t finished.” He took a breath, looking Ross up and down, and finally shook his head. The expression on his face relaxed then, no longer so angry, as though sensing the rawness of the nerve he’d scraped. “Do you remember what you said to me,” he asked, “when that was all over?”

Ross just frowned, tonguing the back of his teeth as he recalled sitting on this same pier, sniffing seawater and snot as he’d kept his red eyes trained on the horizon. Then the words came back, so ripe with righteous loathing for the woman who’d used him so, even as Neville reminded him of them, too:

“You said you were done,” Neville told him. “That no woman was worth that kind of trouble. And you know,” he said with a snort of wry laughter, “I thought you were right! I thought it was better for you to just…close yourself down, shut yourself off, than to have to watch you go through another Susanna debacle again. Even if it did turn you into a compassion-less shit,” he squeezed out through thinly-pressed lips, making Ross frown again. Because of course, Neville was right; of course, that was true.

“I mean, you are my best friend, mate,” Neville said, now. “But that does not mean I did not think you were an arse-hole.” He paused, as though to let those words sink in, then said: “Because you were.”

Knowing this to be the truth and actually hearing it said aloud to his face were quite different things, and Ross glanced away. He drew a breath, some half-hearted protest perched on his tongue, when Neville spoke again:

“Until Amber came along,” he said, and, at that, Ross blinked back at him, silently struck dumb.

It’s never fun to be confronted by someone, often because that usually means that we’ve done something stupid or are currently in the process of doing so. But it’s your true friends who will call you on your crap, slap you in the face, and make you see the truth, no matter how ugly or frightening it may be. I had a friend like that, one who took me aside and told me the harsh reality of my actions. It’s one of the things I’m trying to convey in the relationship between these two characters. The main love story is about Ross and Amber, of course…but Neville has his own kind of love story with Ross, too. Perhaps not the squealing kind of story between two men for which sparkly-eyed fangirls might be clamoring, these days, but it is about love.

And now, a picture of two kittens hugging. For those who don’t like to think about two men who can be emotionally intimate without being lovers.