We’re up to the 41st week in the 100-Word Challenge for Grown-Ups series! This week’s prompt is from the picture below. (Do be sure to check out some of the other entries, while you’re over there!) 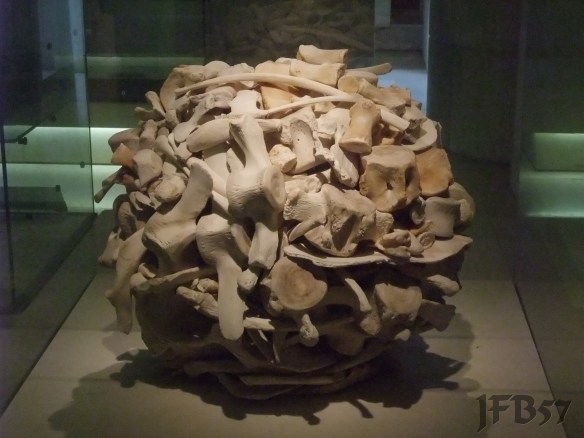 Old bones exhibit in the National Museum of Scotland.
Photo by Julia Skinner

I have to admit that I originally took the prompt to be “bones,” and so wrote something a little bit different. But, with a modicum of tweaking, I think I was able to make this story fit. What do you think? 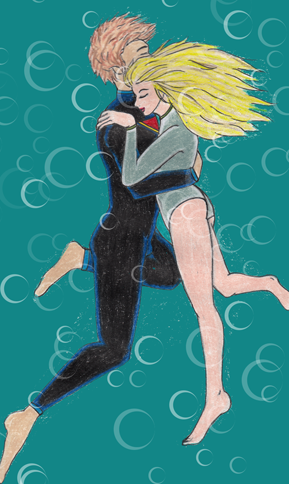 Tomorrow, the cloud prince would come. To take her away from the sea, the only life she’d ever known. And the only love.

A better fate than any mountain palace was the wave-tossed tomb below. There, in that watery hollow of forgotten bones, she’d first felt Fin’s forbidden kiss, and known she’d never love another. She wished him here, if only to feel him one last time.

But she couldn’t wait. Tomorrow was coming.

Closing her eyes, she stepped free…and heard him call her name.

Revisiting Cora and Fin, here, from another short fiction attempt. I changed Cauda’s name to Cora, because it, too, has a relation to water (in Scottish, it means “seething pool,” which is appropriate for her character). And, because it’s easier to pronounce. (I liked the look of “Cauda,” but even I had trouble keeping straight the pronunciation.)

I also don’t want to create a precedent for myself, adding drawings to these flash fiction stories, but I had to try my hand at an underwater moment, since I’m struck by the beauty of it so.