April 20 is the birthday of sweetpea Alawa, the wolf my family adopted/sponsors at Wolf Conservation Center. Happy birthday, Alawa! 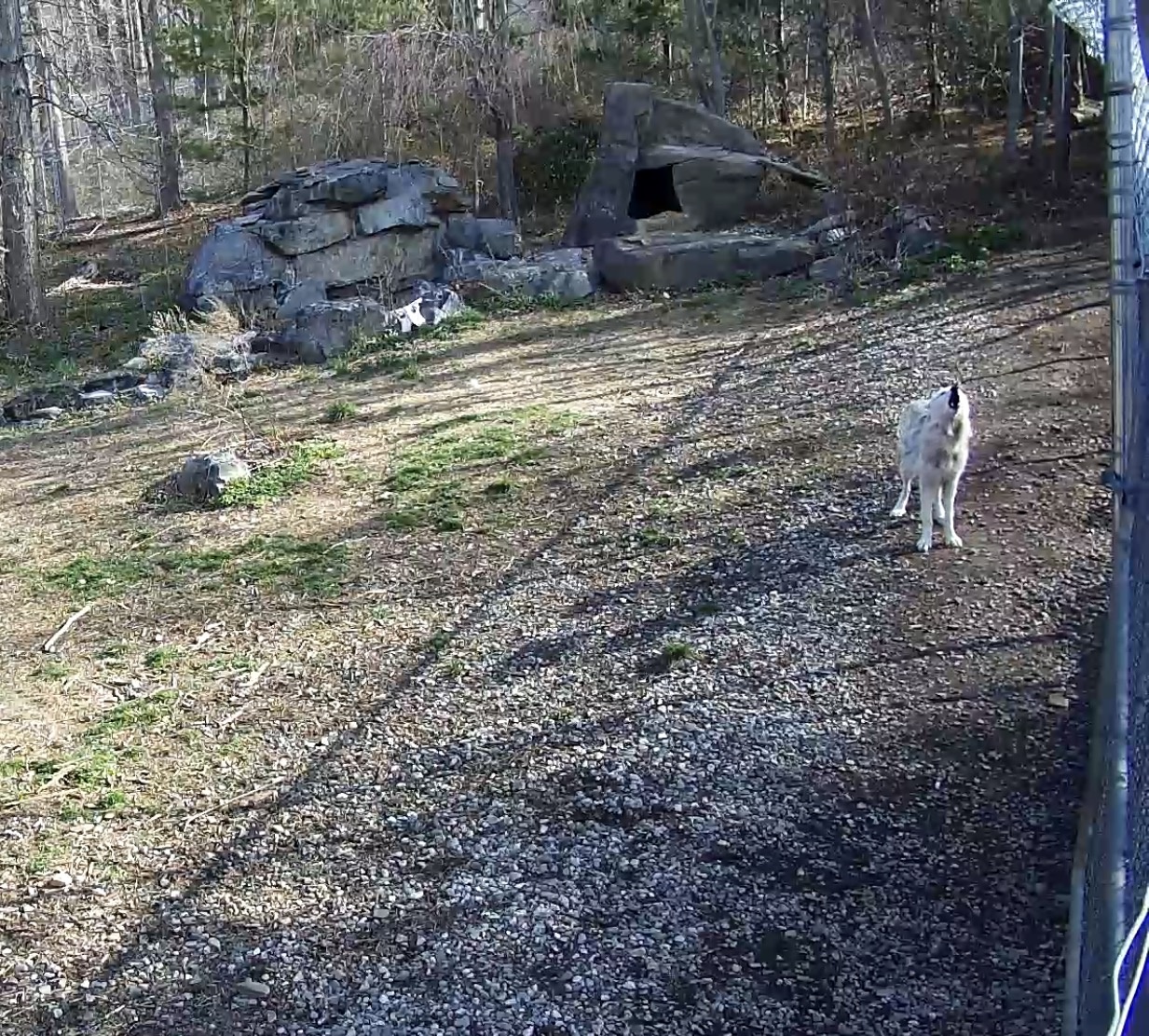 We first learned about Alawa via 4amwriter’s “Save El Lobo Writing Competition”, which put out the challenge to write an original piece showcasing wolves in a positive light, as both a learning and writing experience. I wrote a piece for the competition…but I also fell in love with the wolves at WCC, and with one wolf in particular: Alawa (ai-lay-ewa), whose name means “sweetpea” in Algonquin. You can read more about why in this earlier post.

Alawa is part of the Ambassador Pack of wolves under protection and care at the Wolf Conservation Center in South Salem, New York, about an hour outside of New York City. She lives there with her littermate Zephyr and their younger brother, Nikai. Alawa and her brothers descend from the Canadian/Rocky Mountain gray wolf. You can occasionally see one or more of them walking or roughhousing around their part of the conservation center on the WCC’s webcam.

Follow any of the wolf links above to learn more about the ambassador wolves or the Wolf Conservation Center in general. They offer tours, support opportunities, even camping nights under the stars with their wolves! You may even decide to adopt one of them, too. 🙂 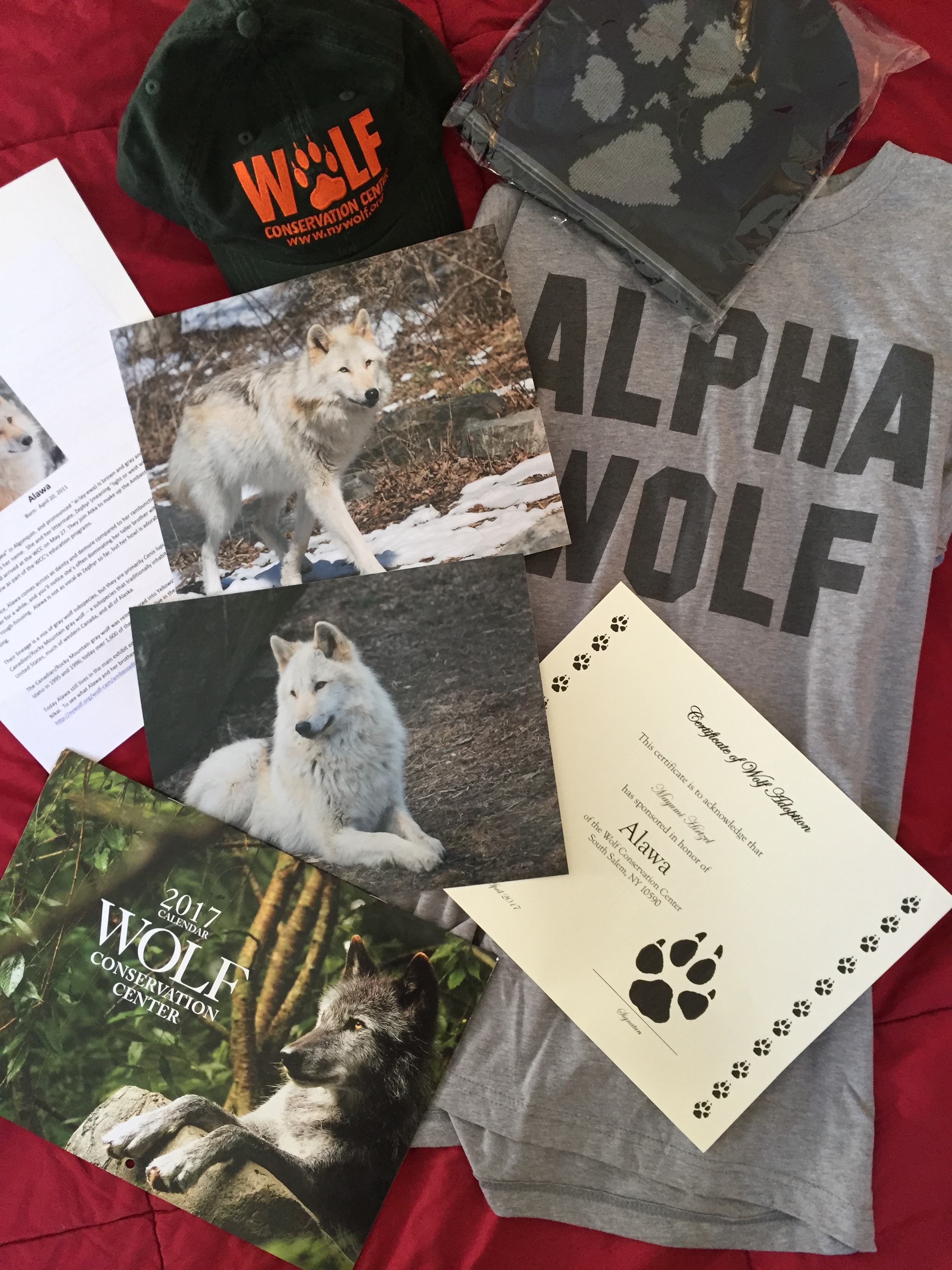 The adoption package for Alawa, from Wolf Conservation Center.

Alawa is doing well. She has even been recorded as having the “laziest” howl! 😀 Listen to her lazy howl here: