Chopping at the Stowaways

The first words from my pen tend to paint detailed pictures, which can sometimes be nice to read…but it does nothing for the story. It’s just a lot of background filler that takes up space, and unnecessarily so.

Writing challenges that require me to stay to a low wordcount have made me think about the use of my words, and how to give them more impact, since I have to do more with less. Now, I’m not as good as some people out there (and I still enjoy creating a well-imagined world), but I think I’m starting to get the hang of this. 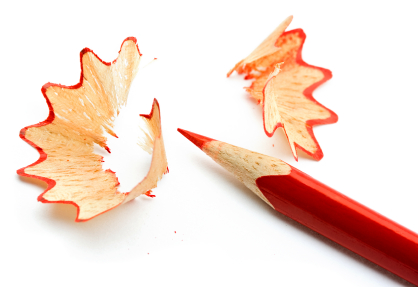 Here’s a little science fiction piece I wrote a while ago, about a group of stowaways.

Lelie curled her fingers around the edge of the cargo hold door and gently swung it open.

“What do you see?” Tyc whispered from behind her.

Lelie craned her head around and shushed him. As she turned back to the hold, she held her breath.

It was a wide, open room, about as big as the old galley at the Institute. Metal hold containers lined all four walls, and with the exception of a few emergency lights along the stairs and floor, the hold was completely dark, a thankful allowance given their predicament.

She crept out of the container and, with one finger pressed to her lips to remind them to be quiet, she beckoned her companions forward.

Short, compact Tyc came out first, peering around from behind those over-sized goggles that helped pilots focus in Darkspace. The eyewear was usually connected to a navigation computer, projecting a heads-up display of vehicle location and statistics to the wearer, but without a precious computer (or ship, for that matter), the goggles were essentially just a trapping. Tyc still wore them, though. Bred as a long-haul pilot, he would have felt naked without them.

Lithe Imien was next, her fingers stretched out before her, the subtle electro-receptors along her skin glowing faintly in the dim light. She stepped lightly, her bare feet noiseless against the metal floor. She cocked her head to the side. “I can feel the engine – it’s about two levels below us. I’ll need a map for anything more.” She turned to Lelie and blinked, uselessly. The cipher had been blind since birth: all the better to open her peripheral senses to the programming of being a sensitive.

Stoll was last from the container, cracking his neck as he stood to his full height. Bio-engineered to be a soldier, he was both tallest and broadest among them. Even at the end of adolescence, he was all sinewy muscle, without hint of the age or paunch of the guards at the Institute. He was also the most capable in a fight, should things come to that.

“Just find me a gun,” he muttered to Imien.

Lelie shook her head. “No. No guns.” She took a step toward Stoll. “You promised.”

Stoll leaned toward her, dropping his voice further. “Lel, I can’t protect us without something to use as a weapon.”

“No guns,” Lelie repeated, emphatic. She raised both of her smooth, slender hands in a warding-off gesture. She straightened. She was not as tall as he was, but she had presence; all concubines did. “I want to be a Substantive as much as you do,” she murmured. “But the only thing guns will get us is killed.” She looked beneath the dark hair in front of his eyes. “I didn’t risk everything to get out of the Institute just to be shot on a nameless cargo freighter, did you?”

Stoll glanced away, unable or unwilling to hold her gaze. He might have been able to snap her neck with a single quick motion, but there were still some ways that she was stronger than him, and they both knew it.

It’s all right. I mean, I don’t think it’s utter dreck; there are a few little nice bits in there that could be fleshed out to create something pretty cool. But it plods, and doesn’t go anywhere, quickly or slowly.

The ship was quiet. Save for the skeleton shift on the bridge, there was no movement, no talk, no breath.

Or, there shouldn’t have been.

In the hold below decks, close to the engine, one cargo container creaked, shifted, and then burst open, its door clattering to the metal floor.

“Quiet!” Lelia hissed as she crept from the container, pressing a finger to her lips.

Short, compact Tyc was first behind her. “Doesn’t matter,” he muttered. “We’ve already shifted into Darkspace.”

Lelia looked at him. “How can you tell?”

He peered up at her from behind his oversized pilot’s goggles, his snub nose curling in something like disdain. “Can’t you feel it?”

“He’s right,” Imien said, as she stepped from the container, too, her fingers outstretched before her. The electro-receptors along her skin glowed, like the lines of emergency lighting beneath their feet. “Engines are running hot.” She turned hear head toward Lelia, too, and blinked, uselessly. “Is there a comm panel nearby?” she asked. “It should have a map I can download.”

Stoll was last from the container, and he cracked his neck as he stood to his full height. “Just find me the armory,” he said. A rotation of shoulders made another cracking sound. “I need a gun.”

Stoll leaned toward her, dropping his voice. “Lel, I can’t protect us without a weapon-”

“No guns,” Lelia repeated. She wasn’t nearly as broad as he was, nor even as tall, but she had presence; all of her kind did.

She laid her hands on his chest, looking at him but speaking to all of them. “The only thing guns will get us is killed,” she said. “I didn’t risk everything to get away from the Institute just to get shot on a cargo freighter. Did you?”

There was no answer from Tyc, or from Imien; both of them knew better than to get between the paramour and soldier.

At last, Stoll glanced away. He could snap her neck in an instant…but she was still right, and he knew it.

You see what I’m saying? I tell the same moment, with the same pertinent details, but taking out all of that useless explanation makes the whole thing move at a quicker pace. Not fast, yet, but quicker. (It still needs a lot of work.) Nonetheless, it’s a good exercise, to learn what you can cut and still get your story across.

What lessons have you learned from editing your own work?