One of the great aspects of sharing our work on the Internet is the tremendous community of people available to see it. Many of these folks can provide valuable feedback, insight, and advice, and they do it for free.

But, just because something comes free doesn’t always make it good. Good critique comes with a price. Often, it’s a monetary price. Make no mistake: that monetary price is worth it, if you’re genuinely interested in getting sharp, honest critique of your work, especially with an eye toward eventual publishing. Not all of us are looking for that, though. Some of us just want to get some more in-depth feedback than, “This is great!” or, “Post more soon!”

For those of you just getting into the tricky business of giving free feedback, here are a few (hopefully helpful) tips. 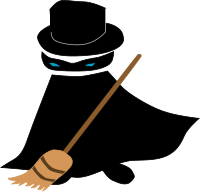 So far, I’ve been blessed to have readers who have been equally honest, straightforward, and supportive with their critique when I’ve asked for it. I hope you’ll be so blessed, too, either on the sharp end of the pen or not.

What are your tips for critiquing others’ work? Or, for having your own work ready for critique?

I’m returning to Julia’s 100-Word Challenge for Grown-Ups this week, where the prompt is:
“…it can’t be that time…”
For those of you unfamiliar with this challenge, we’re to write a 100-word story using Julia’s prompt (in this particular case, we’re allowed to go to 105 words, since we have to incorporate the specific prompt phrase). Here’s mine:

Tears came, despite her willing, and a rough scratching stifled the words from her throat:

“It can’t be that time,” she told him, as her hand hovered above the faint stubble of his cheek. How round it used to be, how full, when tickled laughter had been his only language. No longer, though: his face had grown so long, so narrow, like the rest of him, the very reflection of his father long past.

She sniffed. “I’m not ready to say goodbye!”

A quiet sigh escaped him. Then, he chuckled. “Mum, I’m going to miss the bus…!”

I recently read a post over at Itsjennythewren’s blog about researching publishers. One point Jenny mentioned was that each character should “feel like they are the main focus in the book.” I have quite a few characters to deal with, so I don’t know how successful I’ve done at that bit. But, I do like thinking about each character’s life, no matter how little page time that character might get. Hopefully, this little vignette – about Maggie, Ross’s mum – manages her perspective successfully.

What did time take away from your characters, this week?

Part of what makes stories so much fun is the drama involved: Will the hero conquer the villain? Will the princess find her true love? Will the puppy make its way home? But, what happens when we find our characters strive more for realism than for drama?

Every story needs some kind of emotional resonance for it to have impact, whether it’s about war or heartbreak or family experience. Sometimes, though, our characters become so much their own people that they end up dictating where their own stories go. I’ve written scenes – necessary ones – for their dramatic effect…but I’ve also had to rewrite other scenes because the characters’ voices had developed so much since my initial plotting that their actions (or reactions) as I’d originally envisioned simply no longer held true to their natures.

It’s okay to play Loosey Goosey in some instances: maybe the hero isn’t in his right mind at the moment and makes a snap judgment against character; maybe the heroine is torn by the conflict facing her and decides on one route over another because her values are confused. Written well, with the associating consequences, those options are totally valid. But, what do you do when your original big conflict becomes significantly less climactic than originally envisioned, because your darned MC has grown up too much over the course of the story?

I’m a big fan of sweeping epics, and last-minute, nerve-wracking climaxes where the audience is led to page after page to see what happens next. But I also believe in, well, believability in a story. The hero shouldn’t overcome the conflict just because the story needs a climax; he should do so because that’s what he has to do, to progress, grow, and change. It may make for less high drama, but it may also make for more realism.

But that’s just my opinion. Which do you prefer: realism or drama?

The other day, I couldn’t get a scene to work. This happens on a lot of days, actually, but this particular one was just grinding away at me. It was so frustrating, I wanted to just throw my laptop across the room and give up, say, To Hell with it, and let the story wither in my archives, like so many others.

Then, I received this message:

…[H]ow you describe the struggles of the main characters dealing with overcoming there [sic] personal issues and the physical issues of someone who has been confined to a wheel chair…is spot on. I really appreciate and admire how you got the pain and issues that are both physical and mental correctly for both characters.

After reading that, I felt awesome.

It’s easy for me to write facts. It’s also easy, sometimes, for me to write dialogue. And characters, and plot. But emotion made true – that’s where I pour a lot of my energies. It’s what I enjoy about stories (the conflicts of personalities), and it’s one part of my writing I try to do well. For that, I dig deep, into my own experiences, doubts, thoughts, heartaches.

So, when a reader – even a beta – comes back to me and says, Damn, girl, you got that right, it makes me think maybe I can do this, maybe this story is worth sharing beyond digital clippings and drafts passed to pals. And I sat back down and cleared my head…and the scene worked.

There’s still a long road ahead of me (revisions, edits, queries), but I’ll always keep that feedback pinned close to my desk, for the next time someone makes me feel like my writing is shit. 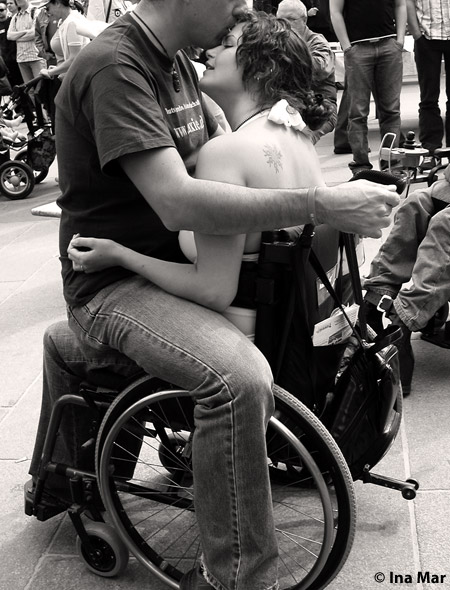 What keeps you writing your story?

I follow a lot of people on Twitter. Most of them, I follow for fun: they’re insightful, amusing, friendly folk. But some are on my “understanding the business of writing” list: agents, editors, writers, publishers. Some of these people offer the same insightful, amusing, friendly 140-character glimpses into their daily lives that the others do. But, lately, I’ve seen a trend of negativity in this latter crowd that makes me wonder if I’m right for this want-to-be-published storytelling game.

One person offered up a tweet that was basically, “Don’t send me your manuscript if…” Another said, “Don’t expect me to read your book if…” A third mentioned, “Don’t even think of querying me if…”

Many of these “don’ts” are valid, valuable points to know and understand…but I’ve gotten a bit fed up with seeing so many “don’ts” all over the place. As someone who’s chosen an art (storytelling) for a personal outlet, I’ve had to deal with a lot of naysaying and doubts already, and it does very little for one’s sense of self-worth to be told “Don’t” all the time.

So, I’ve decided to share in this space my list of “dos.” Hopefully, at least one of these will help you get through your slower days.

I had to link to this in honor of my surf mentor, Fiona. 🙂
Photo by Tom Tolkien.