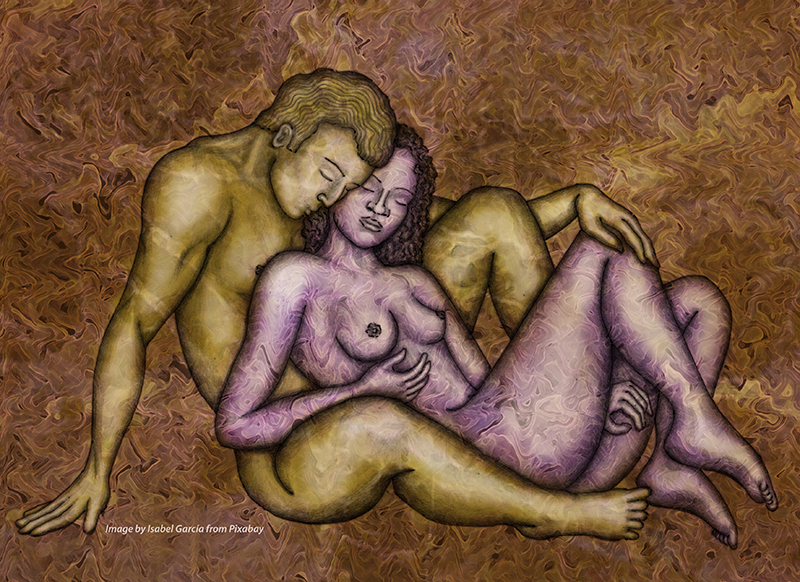 demanding responsibilities made their personal time precious, so when they did have the opportunity for lovemaking, they made the most of it. No fussing with witty foreplay or coy dancing around the subject. When he’d knocked on her door that evening, announcing his arrival with a subdued clearing of his throat, she’d yanked the door open in only her dressing gown, snatched him by his tie, and hauled him inside in one swift progression, silencing any potential protest with the press of her lips. He’d fumbled out of his suit like a clumsy schoolboy, matching her nakedness quickly if not gracefully.

Once in her bed, he was careful not to huff on top of her, worrying she’d think him a beast. Not that she was any waif or naif! She clutched his hand over her breast and knew how to angle her hips so his single-minded thrusting would hit the spot of her utmost pleasure. When he crested the ridge of his first coming, he wasn’t alone: she tensed and shuddered with him.

The second time, after compliments and cigarettes, she pushed him to his back so he could watch her writhe until the temptation of her rigid nipples became too much for his resolve, and he lunged up to latch his mouth to one and then the other while she squeezed her powerful thighs around him like a vise. They had to stop when their bucking threatened the bolts on the bedframe, leading to a paranoid pause that they soon broke with laughter. Their rolling began afresh then, and they found a gentler mutual rhythm that pushed them to that well-sought point of trembling, blinding joy.

Settling side-by-side, they traded whispered nothings to the ticking of the bedside clock. Tender kisses and dallying caresses conspired to bring them together for a third time, though this one was measured and slow despite the evaporating minutes. 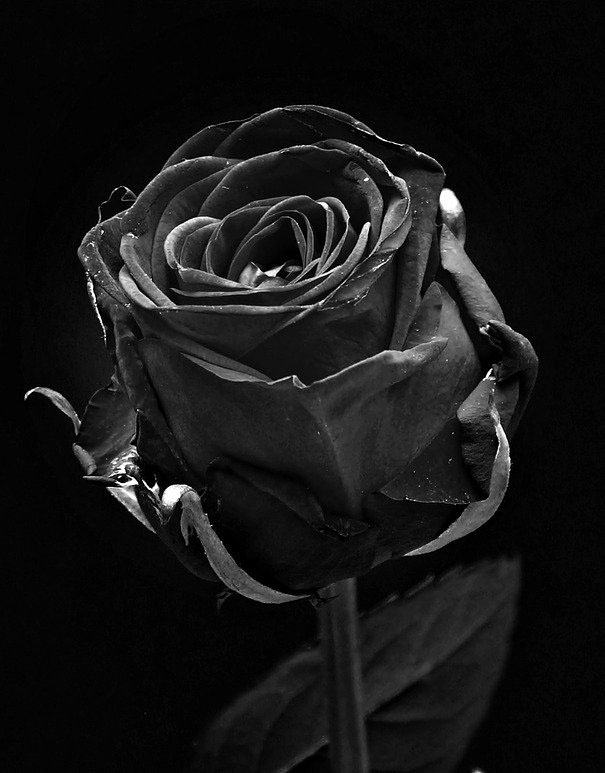 She eased away, too soon,

leaving him with the expected explanation of needing to freshen up before work. He lingered in her bed, faintly drowsing to the smell of the sheets, sweat, and sex. Though, when the water to the shower cut off, he lurched up to get a few final moments with her.

She stood in front of the mirror in a simple white slip that fit her body like a lady’s opera glove, applying a sweet-smelling lotion to her face, neck, and chest. Her eyes flashed to his reflection. “You want to use the shower?”

he said as he came behind her.

She snickered. “Are you sure? You’re rank.”

“Well, you smell beautiful.” He wound his arms around her and pulled her close with a lascivious growl. “Just rub on me a bit.”

“Jim!” Her laugh became a clicking scold. “My shift starts in less than an hour.”

He held on and dipped his nose into her thick fall of hair, still loose and flowing from her crown. “Bugger your shift,” he mumbled there. “I haven’t seen you all week!”

Her willing humor dissipated with a blink. “That’s not fair. You could have come by earlier.”

“I couldn’t have, though!” he protested as she slipped free and away back into the bedroom, to collect her hairbrush. “Chief ordered us out to a round at The Ram’s Head, and I couldn’t well say no, now, could I?”

She stopped and gave him a blank stare. “He ordered?”

He adjusted his shoulders; that look of hers had a way of making him feel vulnerable. Doubly so since he was standing there without even his pants. “Well, maybe not ordered.”

“Since when are you so engaged in office politics?”

“Since the last time they passed me over for promotion for not playing their bloody game!”

“Don’t get angry at me for that,” she snapped with the head of her brush, then returned to grooming. 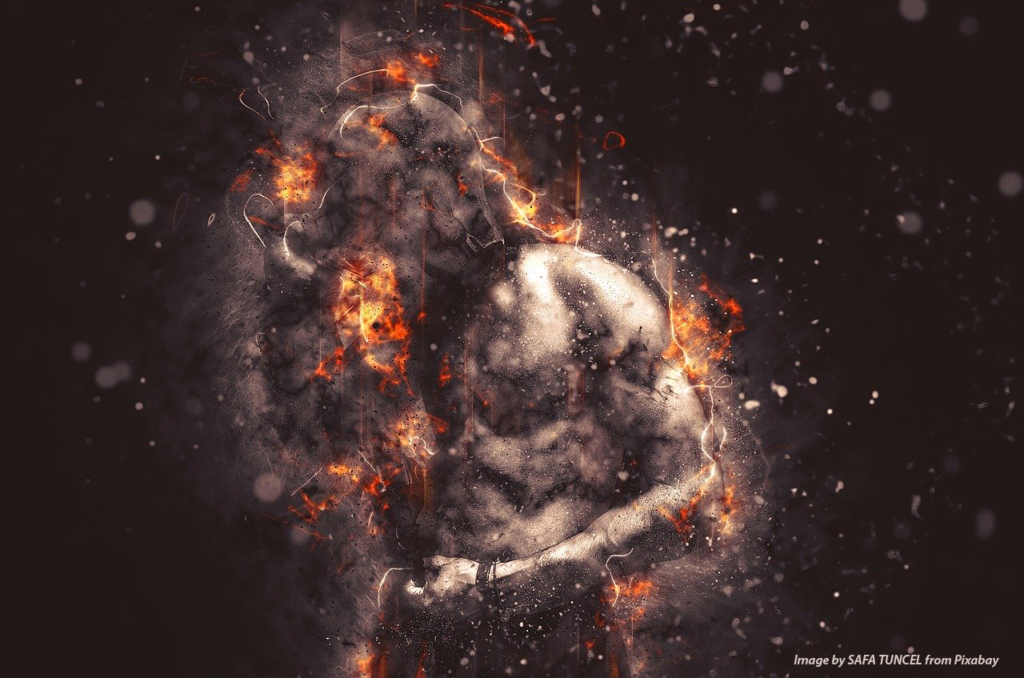 He clamped his mouth shut and

lowered his head. Drawing a cleansing breath, he followed her to the modest vanity set across from the bed and said, half-pleading, “I don’t want to be stuck a sergeant for the rest of my life. I’m good at this job! But I consistently go unrecognized because they think I’m too clever, or too keen, or too—”

“Or too much a sarcastic know-all?”

“You know what it’s like. You complain to me all the time about being kept on bedpan and sponge-bath duty.”

She whirled again, brandishing the brush in her hand like a schoolteacher’s pointer. “Yes, that is frustrating. But what I have to put up with is not at all the same as what you get yourself into by being a confrontational horse’s ass!” She resumed brushing again, firmly and mutely, her long black hair a stark contrast to the white of her slip.

He released a long breath and laid his hands on her shoulders. They looked almost as colorless against her flesh as did her slip.

The brushing slowed but she made no reply. After a pause, he dropped his head and blew a soft whinny against her crown. That, at least, elicited a chortle, and she told him, “You’re doing the wrong end.”

He smiled at her tolerance. “Make you coffee?”

She bobbed her head. “Yes, please.” As he shifted away, she slapped his buttock with the head of her brush. “And put your pants on.”

He sent her his cheekiest smirk over his shoulder and swaggered into her kitchen, leaving his clothes untouched. 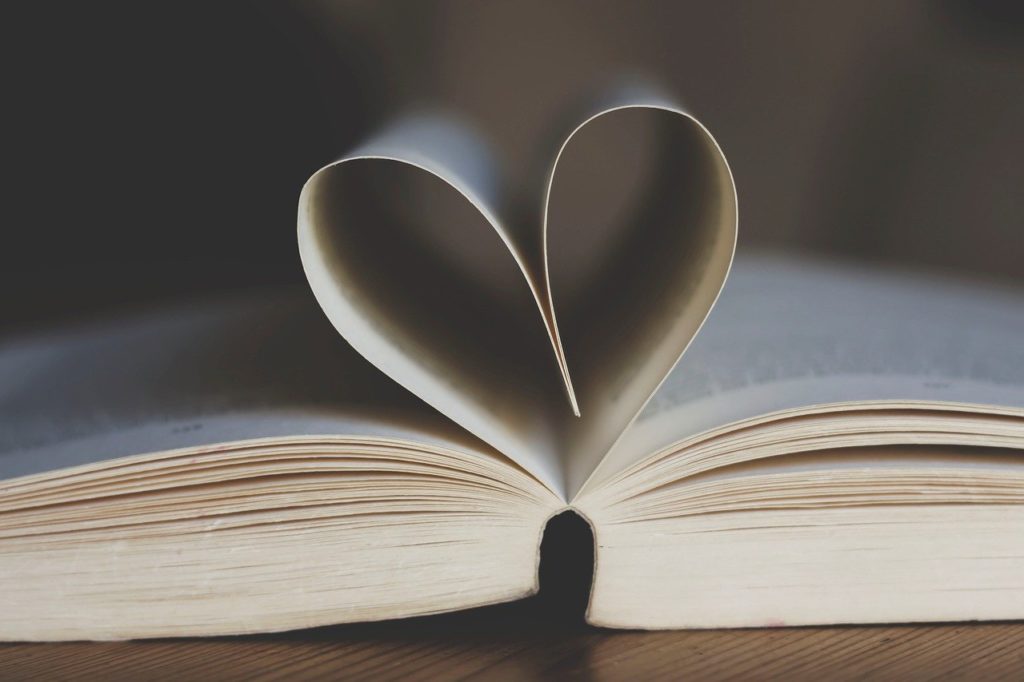 Half an hour later, sitting rumpled but

relaxed in her car, he took the opportunity of a red light near the city centre to say, “Policeman’s ball is next month. Would you like to go with me?”

She turned to him with a cautiously curious look in her large brown eyes. “That’s an awfully important political event, isn’t it?”

As she faced front to move through the green light, he caught the subtle crease of a dimple. “Will you dance with me?”

He kept watching her and smiled, too. “If you’re brave enough.”

She chuckled and let the car drift to a stop before the traffic circle that would take her on to the hospital. “I’ll wear boots.”

“I’ll try to practice. Thanks for the ride,” he said, and stretched over to press a quick kiss to her cheek.

“Get some sleep!” she told him before he’d finished sliding out from the car.

As if sleep would come to him with her scent still in his nostrils and the taste of her skin still on his tongue and the sensation of her smooth skin still tingling his fingers…! But as he clomped into his quiet, solitary flat, leaving his suit coat draped over the door handle and his keys on the kitchen counter, and made his way to the bed, he barely got his feet up before he fell into a fast and dreamless sleep.

I originally wrote this sort-of sex scene as a handwriting exercise, letting the words flow freely from my pen to the page during a commute trip. As the words kept coming, though, I sensed the beginnings of a larger story starting to develop. I was already semi-familiar with the characters of Jim and Rose, but this scene solidified them more clearly to me. Before, they were simply sketches. With this, they’re coming into their own. I’ve already written more for them, a continuation of their prospective larger story that looks at a larger cast, higher stakes, and maybe even a mystery or two.

If this little scene piqued your interest, let me know in the comments below! I’m curious to learn if others are as curious to tread farther into Jim and Rose’s world as I am.