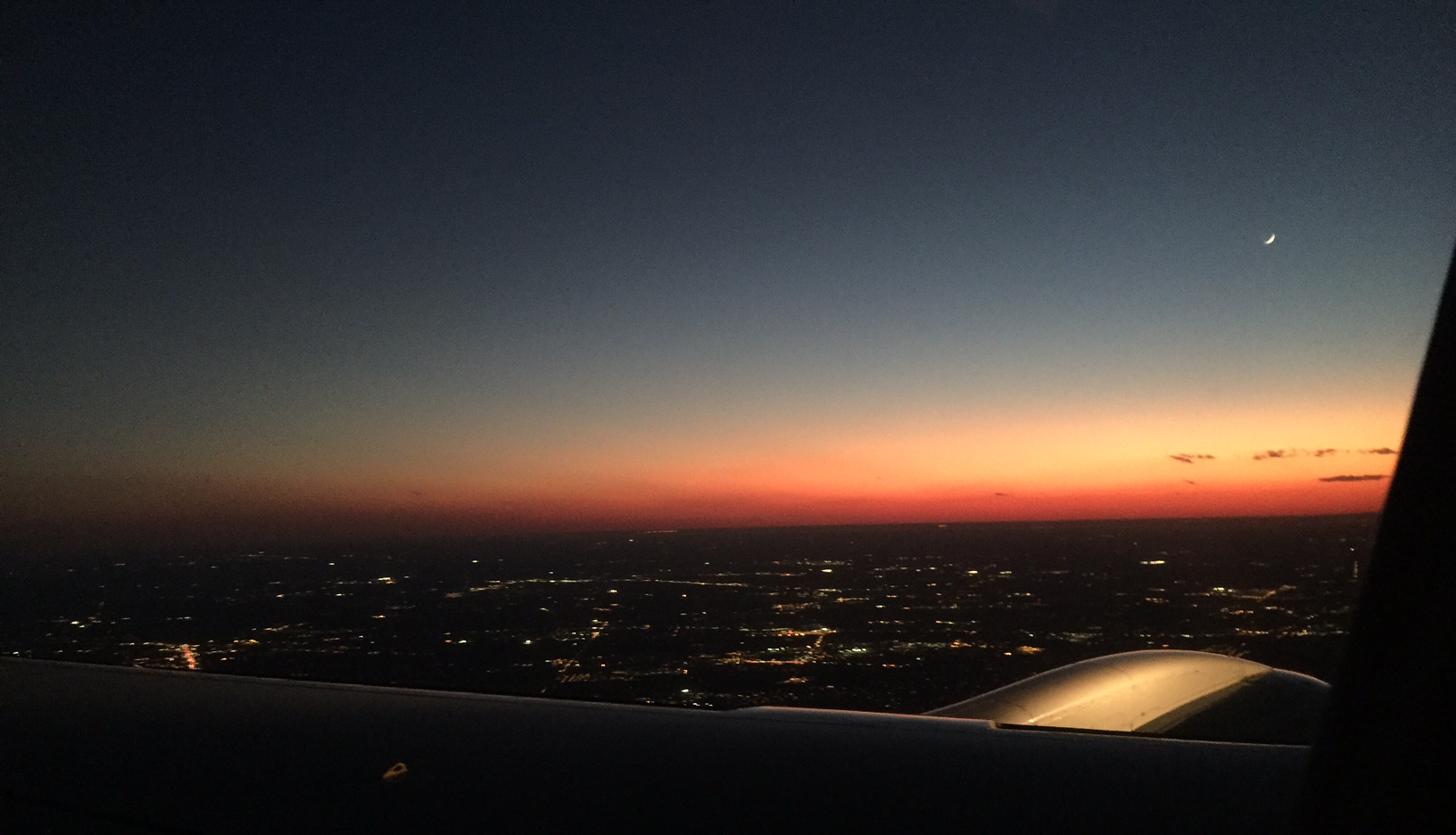 I was flying home from a work meeting on the night of Friday, November 11. While frightening and deadly acts were happening halfway across the globe, this was the sight outside my wingside window. I didn’t have WiFi, so I had no idea what was happening in world news. There was only the thrum of the engines, the buzz of my overhead air vent, and this view, with the city bustle below, the reddening sky ahead, and that sliver of lunar light above.

When I walked out to the family car that had come to pick me up at Terminal B, my husband informed me about the breaking news in Paris. We wondered how people were coping over there, and if the extra security walking around the airport had anything to do with the events still developing in France. Over the next few days, there were political discussions, as well as conversations about safety, social centrism, and the cultural narrow-sightedness of our first world society in particular. But my mind kept coming back to that picture I took from an Embraer window.

I’ve always enjoyed flying. Since I’ve been a kid, I’ve been getting on planes at least two or three times a year, and, despite some of the rigamarole involved in check-in and security lines, it remains one of my favorite ways to travel. There’s a feeling of detachment from the land below when we fly. We can look down from a plane in flight and see for miles around: freeways, farmland, rivers, lakes and oceans, all as a kind of separate spectator. As a child, I often wondered if that vantage point was how spacemen saw us, and how that high perspective affected their opinions. From 10,000 feet, you can’t hear what’s going on below, the prayers or the curses. You can’t see individuals, either, neither their shape nor their color. You can only see the parts of the world as their own wholes: villages, towns, cities. And when you fly at night, even over large expanses of land or water, you look for light. Sometimes, it’s just a point. But, if you keep looking, odds are you’ll see more points, more light, until there’s so many, they’re impossible to count.

When we hear about violence, hatred, and acts of terror, it’s natural to be afraid. It’s human to want to close ourselves off and hide. But it’s important to remember that the world isn’t all darkness. There is light here, too. Sometimes, it’s just one point. But keep looking. You’ll see more.