Just a bit of free writing on a Sunday morning, inspired by the following Tweet, from fellow writer Sally-Jayne:

The tinny tune wafted on the night breeze, rippling over the burbling canal and along the street, bouncing from brick to brick down the row of tightly-packed houses. Up over the doors kept safe by Yale, Alexor, and Infinite, to the windows above propped open to let in the subtly soothing wind. And more.

Two rooms away, Daddy slept soundly with Mummy beside him. Lily knew he’d wake – both of them would – if she called. If she could call. But when the tune stuttered, skipping on a high C, the breeze fell still, and Lily cringed beneath the covers.

The curtains drifted up without wind, slow arms seeking blindly in the dark. A shadow of a beast loomed between them, head large and misshapen by tiny, crackling crystals.

The Ice-Cream Man had come.

I happened to glance at Twitter this morning, and was struck by this quick idea for a horror story. I’m not good at horror (I’m not good at much of anything, save perhaps drama), but it’s always fun to take a stab at something different.

Thanks again to Sally-Jayne for the prompt! I hope that all of you, too, are finding ways to tap into your own inspiration, whether it’s silly, scary, or the next part of your ongoing story.

Believe it or not

This week, Lillie McFerrin’s prompt for her Five Sentence Fiction challenge is “LETTERS.” Hop on over to Lillie’s site to check out other worthy entries, or try your own! 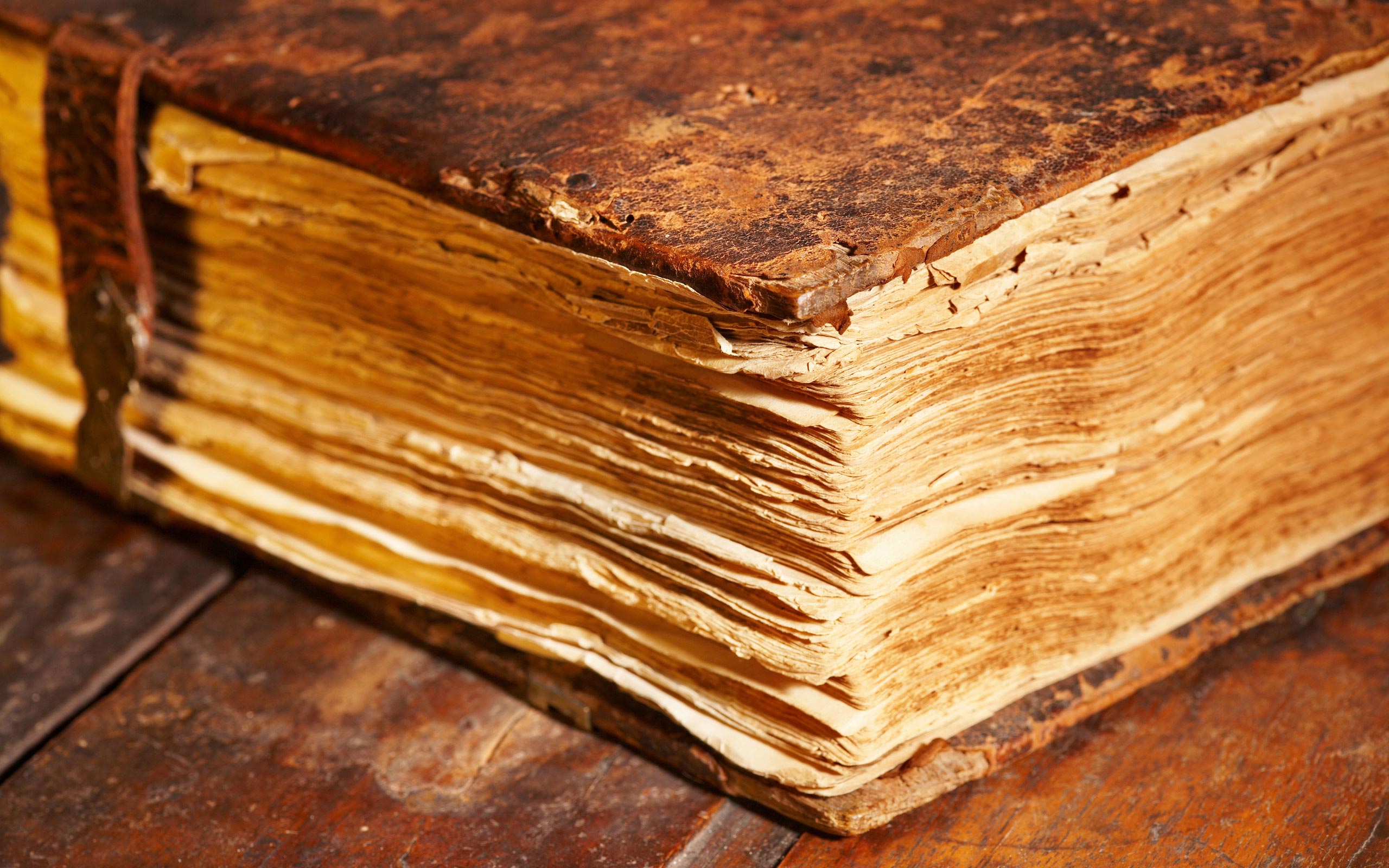 John didn’t believe, because belief granted power, giving purpose, tooth, and fang – and more, with numbers – to what should have stayed amorphous clouds of mere ideas. He’d read the texts, studied the stories, but always kept his distance from the mysticism: stay back from the fire and don’t get burned.

His colleagues challenged him, of course, with goads and pranks designed to make him crack, but he never gave in. He even snorted in disdain at their latest joke: a leather-bound book delivered to his darkened doorstep by unknown courier, its hackneyed prophecies scribbled in umber ink. No one would call him a frightful fool, so he read, deeper into meaning and long into the night, until he decided he’d learned enough to state his dedication to the cause of his study and his own stoicism…when his heart stopped, and he stared, as the letters on the page moved.

My primary major at university was English Literature (with a double in Classical Studies – super-employable, that combo), but I also took a few classes in Theology, for which my institution was known. Beginner theology is pretty standard stuff: a lot of translation and interpretation, with a heavy dose of well-chronicled history, believe it or not. Throw in some sociology and cultural studies, and it becomes more of a snooze-fest. I did have one class, though, that both totally sparked my interest in the field while at the same time completely freaking me out. It was a guest lecture by one of the Jesuit brothers who was a rather renowned demonologist (yes, they are real; William Peter Blatty supposedly consulted with this priest in regards to his novel, The Exorcist). He stood in front of a class of about fifteen students and told a story very similar to the one I’ve written above: about being up late one night in his seminary room or wherever, reading some so-old-it-farts-dust manuscript, and seeing the letters on the page move. Not just waver, but actually f—ing shift on the page. It remains perhaps the most awesome and most frightening thing I’ve ever heard…because, whether it really happened or it was just his tired eyes playing tricks on him, he believed it.

I remember wanting so badly to experience this sensation. So, I went to the university library and tried to make it happen. 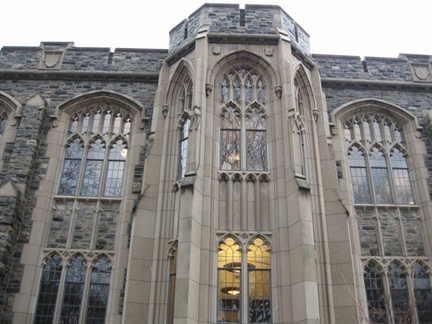 The university library was a converted cathedral, a real Gothic throwback in the middle of the city. The inside is very modern, more so now than even during my days there, but when you looked up at that monolith of a central tower from the street, especially at night, it made for an imposing sight. In the stacks, it got even worse: 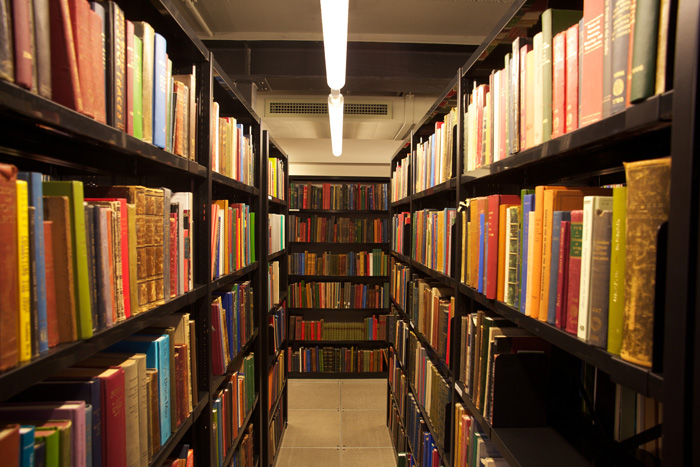 Cramped quarters and rickety spines all around. But, I remained determined. If anything weird was going to happen, it was most likely going to happen in the library. I mean, we had a copy of the Malleus Maleficarum, for pity’s sake! So, with the Dewey codes for the demonology texts scribbled in an uneasy hand on the index card in my fingers, I made my way up to the Theology stacks. I remember feeling giddy as I scanned the guide numbers on the shelves. And then, walking halfway down a deserted aisle, the numbers on the card and the numbers on the shelf matched up.

I stared at that book a long time. I don’t remember the title or the author, but I do remember it had a brown spine, with that gold leaf lettering that always seemed so popular on highfalutin’ academic texts. It looked relatively untouched, too. I remember that, as well. Because I thought, Why is this book just sitting here, as if in wait? (I was pretentious enough at that stage to have thought the phrase “as if in wait.”)

Now, I’d like to say I picked up that book and nothing happened…or, that something did happen. The truth is, I pulled an awkward teenager move and picked up the book three titles to the right and muttered under my breath something like, “Oh, this is the book I’m looking for,” even though no one else was about. Years on, though, I often consider that moment of standing in the stacks: what could have been or what I might have learned. The power of belief, if you will.

Did you work in any writing challenges, this week? Did you challenge yourself some other way? (You don’t have to have become a demonologist.) Let me know!