The prompt for this week’s 100-Word Challenge for Grown-Ups (week 42):

You are to write a piece with these words in it:
LIBERTY    EMPIRE    APPLE    YELLOW    ENORMOUS

I’ve been trying to stretch my writing muscles with these, lately, so I decided to see if I could write a bit of action, this time around.

Fin shoved her ahead, and Cora slipped, across mossy stones slick as rotted apple pulp. But still she ran, the clangor of metal and voices chasing after:

“Retrieve the princess! Death to the Empire!”

Until, suddenly, there was no passageway left.

She spun, but her warning died in her throat. For spilling at her feet was Fin, broken and bloodied, his spear clattering beside.

Her pursuers were ready for a girl, a monarch’s delicate daughter. They weren’t ready for the angry, yellow-eyed monster that rose, enormous, before them.

“Here is your liberty!” it bellowed, spewing liquid fire. 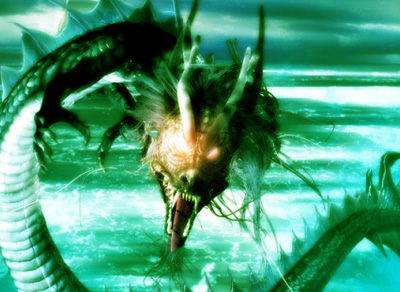 Do not piss this girl off.

For some reason, this prompt made me think of revolutionaries and rebels. The problem with revisionist history, though, is that, most of the time, you don’t get to see the other party’s point of view.

This doesn’t necessarily follow any kind of conceived timeline or history for the Fin and Cora characters, by the way. I’m just spitballing ideas, here, seeing what – if anything – works.

How did you fulfill this week’s prompt?