I’d meant to write a post about keeping balance in our lives, especially as writers, since many of us spend a lot of time sitting sequestered away in front of a computer. I was going to advise keeping a good exercise regime (I try to do 20-30 minutes every morning, plus walking or running through the day), a good eating schedule and habits (veggies and fruits are good and good for you!), and a regular sleep cycle (many of us ignore sleep in favor of work, studying, or even writing, when getting enough or even more sleep can actually help us do those things better). Then I had a horrendous work week that turned into two weeks – now approaching three – and I realized that I don’t even take my own advice. Instead, I put on a specific kind of mask: what folks at my institution call my PennFace. 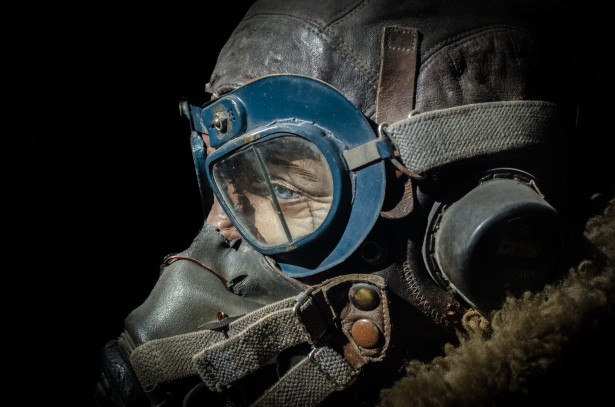 Similar to the Stanford Duck, the image of which is a duck swimming placidly across the water while its legs kick furiously beneath the surface, PennFace is a term used to describe the mask some students wear to cover up their anxieties, fears, and stress. They walk around campus with smiles on their faces, saying, “I’m all good!” to their friends, and generally acting – on the outside – that everything is going swimmingly. On the inside, though, or behind the closed doors of their dorm room, they may sweat, cry, or curl into the fetal position while they wish for the world to leave them alone for a while. I have that closed-off feeling a lot, but I try to project myself as being confident and carefree.

Everybody has their own issues, and everyone deals with their issues differently. But nobody wants to burden anybody else with their problems. I certainly don’t. So, I put on my PennFace. And, that works. For a while. But we can only go so long before we have to stop running, stand up straight, and face our issues. The mask does no good then: when it’s only us and that which plagues us. The difficult part for me to admit is that that stop running bit isn’t so terrible when I finally do it. In fact, it’s very, very often a good thing, and what helps me get back on track with the rest of my life/job/whatever. Like the heroes about whom many of us write, we have to face our fears, and those moments of truth usually make us stronger.

We make the decision to stand up and confront our troubles alone. We don’t have to take the next step alone, though. Family, lovers, friends, coworkers, therapists, teachers, clergy – there are so many people out there willing to help. Asking is hard. But doing everything alone is so much harder.

Some people enjoy conflict and chaos: they thrive on it. Personally, I prefer control and routine. But, life by nature is chaotic, and how we deal with that chaos affects how we live. I still pull out and put on the mask, a lot more often than I probably should. I’m learning, though. And, I’m finding I like seeing my real face in the mirror a lot more than I like seeing my PennFace there.

How do you cope with your “PennFace?”