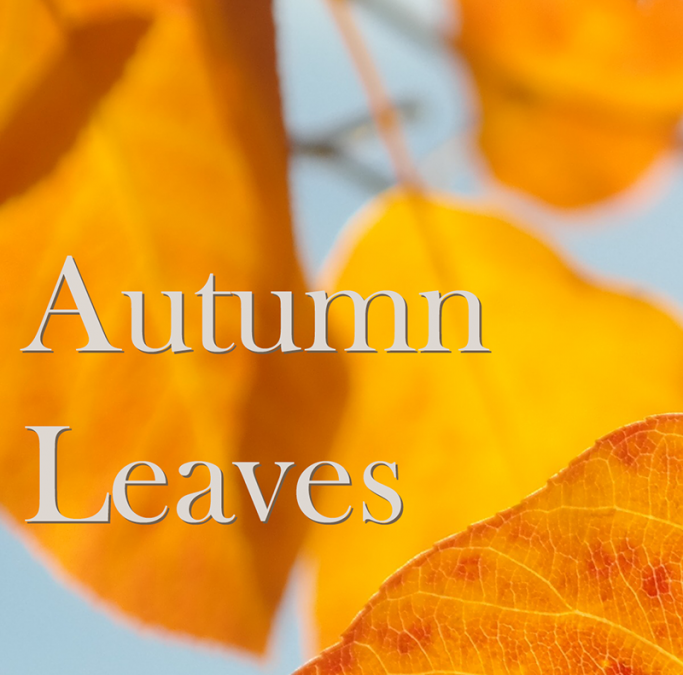 This is “Autumn Leaves”, the latest entry in my “Finding Mister Wright” series of stories. It follows Rob as he and Daniel take Paige off to college(!).

I tried to keep it from getting too sappy, but that often doesn’t work when it comes to these characters and the steps in their journeys. It has been fun watching Paige grow up from a sassy, somewhat bratty little girl, into the confident, still-a-bit-bratty teenager she’s become. It’s also been great to be with Rob through this particular adventure, too. He’s so used to being Paige’s knight-protector, seeing him have to let go of her as she matures has been both charming and heartbreaking for me. (Yes, I have shed tears for these characters over the years.) Click the title image if you’d like to read it.

I’m still sorting out the best way to present these stories. If you have a preference, why not let me know in the comments? In the meantime, happy reading! 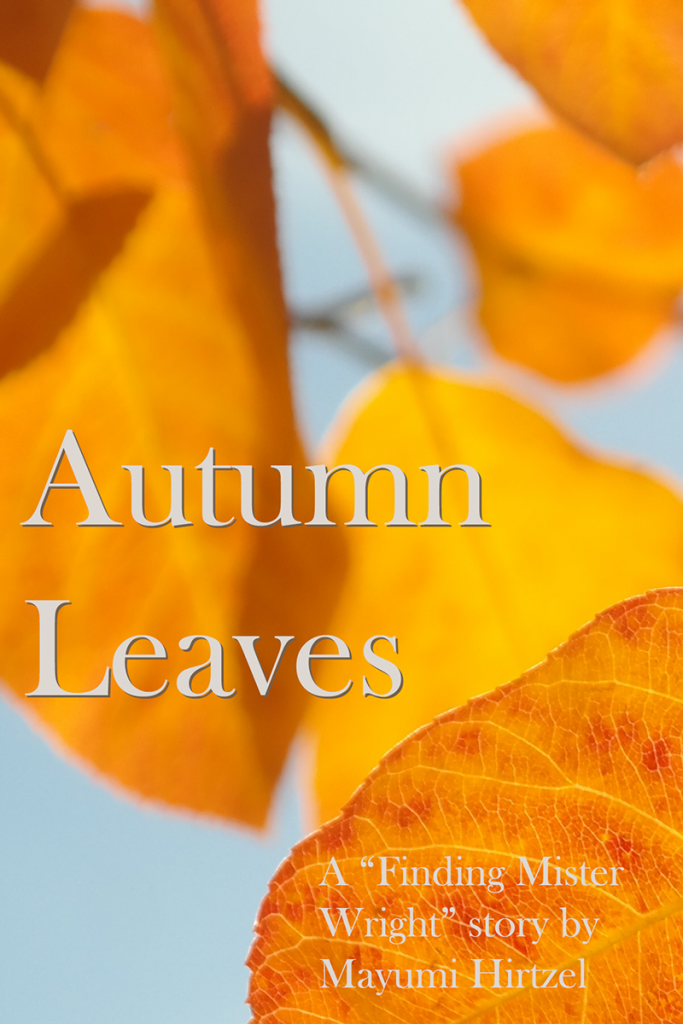 I Really Did Love My Father

…but, for some reason, many of my characters have difficult relationships with their own fathers. It’s the reverse of the Disney Princess situation, where it’s the mothers who are missing (seriously: many Disney Princesses just seem to not have had mothers at all!). In the majority of my stories, main characters challenge their fathers, are estranged from their fathers, their fathers are dead, or some semblance of all three. I honestly don’t know where this particular character detail comes from, since I had a pretty good relationship with my own father, and I honestly did love him. I think the admission of that love is what I’ve enjoyed exploring through these stories of children challenging and reconciling with the patriarchs of their families. Or, maybe it has something to do with the idea of The Patriarch being emotionally removed from his children, so he doesn’t show a lot of love to them. Whatever the reason, the fathers of my characters tend to get the short end of the stick. That must be the reason why, when my characters grow up and have children of their own, they are so determined to be openly loving men to their kids.

Chie, from 1 More Chance!, which I wrote between 2009-2011, rebelled against her father in her choice of boyfriend, but that was a tame conflict compared to the stark animosity Amber showed to her father in Fearless, whose first draft I wrote for NaNoWriMo 2011. Daniel’s conflict with his father, written over the last few weeks , is somewhere in the middle between those two perspectives…and, I have to admit, related to some of my own feelings about my dad, which I haven’t examined too closely since he died in 2014.

This story plays with time in a way I haven’t attempted before, but I’d recently read a novel that jumped back and forth in time in a similar fashion, to share story details between scenes, that I found interesting. I don’t know if I was completely successful in my attempt – I wondered if I should have done more jumping, just to break things up – but I always enjoy writing these characters, and the opportunity felt right.

Two of the guest characters in this story are returns for me, while another is based on a university colleague, and another is an homage to a writer friend’s adventuring archaeologist. I really enjoyed bringing back my own characters into this fold, and I do hope my friends don’t take offense to me envisioning them and their creations in a way that fit into my story. But, that’s the beauty of relationships, right? You never know where they’re going to take you.

On thinking more about it, the challenge of writing this story that I really enjoyed wasn’t so much the technical aspect of skipping around in time or between worlds of my making, but the Daniel character’s uniqueness in this situation, in that he is both a child and a parent, struggling to find the balance between both aspects of himself.

How do your personal relationships with family or friends affect your characters and their stories? Do you ever find yourself writing a little bit about yourself in your stories? From a technical perspective, what are your thoughts on time-jumps in storytelling? I’m happy to hear your answers to any of these questions!

I want that love, that life

This is not a real post. I was going to talk about keeping balance in my writerly life, but I can’t manage it right now. This was a rough week all around – at work, at home, in my head – and I just needed to take a break with people who care for and about each other, even if it’s only in my stupid, self-indulgent fiction.

I wrote this in a day, between work, emails, cooking supper, and everything else, and I’ve never written from Paige’s perspective before, but it’s part of my writing effort and I have to support it for being that. A story based on personal experience, just not the part I would have wanted.

No one has told me to stop, so I’m still writing these extensions of my “Finding Mister Wright” story from this past winter break. Here’s another one: “Stupid, Macho, and Wicked” (opens as a PDF in a new window; ~2600 words/10 pages long).

Writing Marshall and the gang has been cathartic. I started writing them when we thought my dad was getting better, wrote some more when he was dying, and I’m still writing them after he’s gone. They’re not my most conflicted characters nor my most adventurous, nor even my most publish-worthy. But they comfort me. Maybe because I get to see, through them, the joy of love and family with fresh eyes. I like to think a lot of my dad’s wisdom comes through in these characters. Certainly, many story elements are drawn from personal experience, but their slow growth and evolution over all of these stories has offered me a lot of personal succor, too. A confirmation that life goes on, and can be good. And, that my writing can still be full of silliness and simplicity even when I think a lot about growing older and change and death.

This particular story doesn’t touch so seriously on any of those subjects, but it does flit around one or two a bit. I wonder sometimes if that’s the nature of Marshall and his story, or the way of all things. Take a look, if it please you. If not, I’m pretty sure I’ll be back next time with a more serious discussion of writing in general.

‘Til then: happy writing!

A recent post by fellow blogger Vanessa J. Chapman about coriander/cilantro brought back this memory of cultural differences. Now, I like the leafy stuff, especially over curry or in guacamole, but head on over to Vanessa’s post to get an opposing view. Whether you like it or not, though, a standing argument is what to call the darn stuff. At least around my house, anyway. That led me down memory lane and got me to put together this free-write short story (if you can call ~2300 words “short”), set in my “Finding Mister Wright” original fiction continuity. 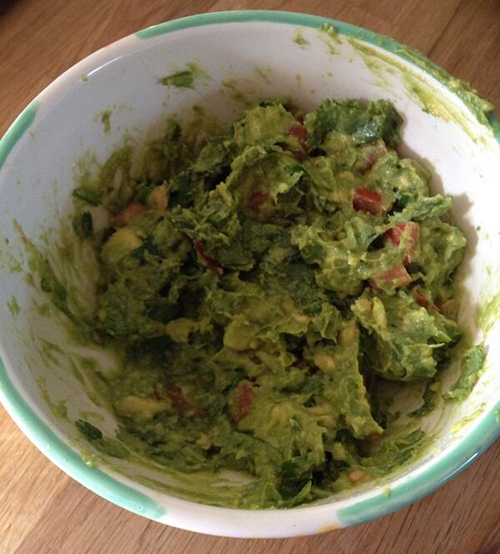 Apologies to folks who’d rather read a (potentially) more interesting article about my writing process than my fiction. But, the FMW universe of characters and situations is too much fun for me to let go. Click here to read the PDF (it will open in a new tab). Or, don’t. I will say it was fun switching to another character perspective for this one…especially since I’m more used to writing Rob in his intergalactic gunslinger persona, and not as a rather soft-hearted dad. 😉 WARNING: Because this is Rob, there are a few four-letter words in there. Nothing nasty, though. All colloquial.

On a semi-related note, please join me in sending your best writing concentration mojo to JM McDowell, who’s working her darnedest on her manuscript even as I post this. JM was the only one gracious enough to bite on the original “Finding Mister Wright” story draft, and, without her thoughtful feedback, I probably would have left Marshall and the rest to languish in a drawer. Instead, I’m letting them flourish. Maybe they’ll never see a bookshelf, but they’ve given me a lot of joy these past few months. If only for that, I have to say, thanks, JM! Good luck with your latest version!